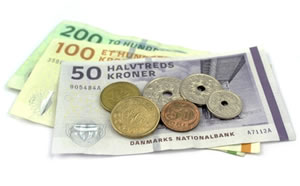 The central bank of Denmark, Danmarks Nationalbank, will stop striking coins and printing banknotes in 2016, according to a new release issued by the bank on Oct. 21, 2014.

Citing falling demand and economic advantages, the central bank will instead outsource coin and banknote production to contractors.

"Although the volume of cash in circulation remains high in Denmark, demand for new banknotes and coins has been falling for some years," the central bank said. "Like a number of other central banks, Danmarks Nationalbank will outsource these functions (coin and banknote production) to external service providers," it added.

In relaying its decision, the central bank noted a number of underlying factors it considered like the declining use of banknotes due to alternate paying options, increased banknote longevity because of improved quality and better recirculation of money.

"All in all, this means that production of banknotes and coins at Danmarks Nationalbank is not economical and will not be economical in the future," the bank said.

Danmarks Nationalbank will remain the issuing authority for Denmark money, according to the news release, and it will "retain its expertise within banknotes and coins."

Oh, I had hopes that a central bank was no longer going to print money. Must’ve been dreaming.

Was just in Copenhagen (Oct. 18) coins and notes are still very much in use, thanks to their convenience. The smaller denomination kroner with holes in them make great souvenirs to give the U.S. grandkids too.