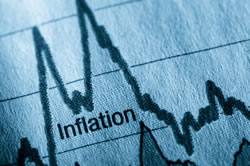 Notes like the new 10 million were released into circulation to combat extreme shortages of money. Bags of cash are needed to purchase simple goods at stores and extreme waits at financial institutions are normal when withdrawing money.

Zimbabwe is stricken by severe hyperinflation that some news agency’s have reported as high as 50,000 percent. Current official inflation numbers have not been published by the government.

To highlight the inflation crisis, reports have indicated the new $10 million dollar banknote is valued around $4-5 US dollars. Further, Central Bank governor Gideon Gono was quoted as saying:

"… to provide relief and convenience to the transacting public, daily cash withdrawals have been increased from the current 50 million zimdollars to 500 million per individual …"

As has been the policy since 2003, the new notes are actually temporary "bearer cheques" stamped with an expiry date. However, the notes are renewed on expiration.

According to the Voice of America article, Despite Introduction Of Z$10 Million Note, Zimbabwe Bank Lines Persist, long lines still persisted as of Friday. However, the new high denomination notes had not yet arrived in all banks.