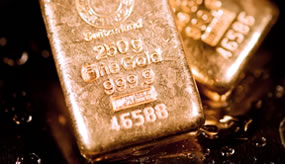 Gold and silver prices settled lower for a third session in a row Wednesday, and then dipped further when the Fed announced a third $10 billion reduction in bond purchases and removed references to a 6.5% unemployment rate as a target for when to raise interest rates.

"Gold prices sold off and hit their session lows in early afternoon trading Wednesday, following an FOMC statement that the market place deemed a bit less dovish than what some were expecting," Jim Wyckoff, a senior analyst at Kitco Metals Inc., said in a report.

"The U.S. dollar index rallied sharply on the FOMC statement, which added to the selling pressure in gold. The gold market bulls still possess the overall near-term technical advantage, but are now fading and need to show fresh power soon to keep it," Wyckoff added.

Below is a sales breakdown across U.S. Mint bullion products with columns offering the number of bullion coins sold last week, the week-to-date, last month, the month-to-date, and the year-to-date.