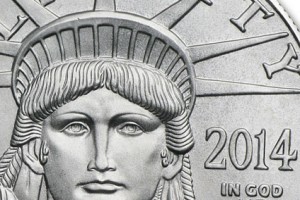 Gold advanced Friday, scoring a fifth session gain in a row, notching another six-month high and driving ahead for a fifth weekly gain in six weeks.

"We’re seeing investors shift out of riskier assets like the stock market and into the safety of gold," Phil Streible, a senior commodity broker at R.J. O’Brien & Associates in Chicago, said in a telephone interview according to Bloomberg News.

In the survey, "out of 33 participants, 25 responded this week. Twenty-one see prices up, while two see prices down and two see prices trading sideways or neutral," Kitco reported.

In last week’s survey, 10 saw prices up for this week, 6 thought they would fall and 5 saw prices trading sideways or neutral.

PGMs, however, declined on Friday and for the week. In the breakdowns:

Both remain higher on the year with gains of 7% for platinum and 7.7% for palladium.

London bullion prices moved up on Friday but were mixed for the week. When comparing London fix prices from Thursday PM to Friday PM:

Below is a sales breakdown across United States Mint bullion products with columns offering the number of bullion coins sold on Friday, for the week, last week, last month, the month-to-date, and the year-to-date.

Inventories of the U.S. Mint’s five-ounce bullion coins have sold out. The first 2014 America the Beautiful Five Ounce Silver Bullion Coin, which honors Great Smoky Mountains National Park in Tennessee, launches on Monday. The Mint this week also scheduled release dates for the collector versions, the 2014 America the Beautiful Five Ounce Silver Uncirculated Coins with the first one for Great Smoky Mountains available on April 7. Read about the 2014 ATB silver coins.