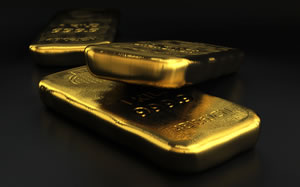 Gold for April delivery rose $1.90, or 0.1%, to end at $1,372.40 an ounce on the Comex division of the New York Mercantile Exchange. The settlement is the highest since gold closed at $1,386.70 an ounce on Sept. 9. Safe-haven demand continues to play a large role in gains, opined analysts.

"The Ukraine situation is still very volatile, so any news out of there could push gold higher," Alfonso Esparza, senior currency analyst in Toronto at Oanda Corp., said in a telephone interview according to Bloomberg News. "We are seeing people move toward the risk-averse instruments like gold in the uncertain environment."

PGMs advanced for a second session. In futures prices on Thursday:

Sales of U.S. Mint bullion products were limited Thursday to the smallest one-tenth ounce American Gold Eagle. It rose by 5,000. Additionally, after the CoinNews.net bullion report on Wednesday, the Mint’s American Gold Buffalo rose by 500.

American Eagle coins in gold and silver have sales this week that have surpassed those of last week.

Below is a sales breakdown across U.S. Mint bullion products with columns offering the number of bullion coins sold on Thursday, the week so far, last week, last month, the month-to-date, and the year-to-date.