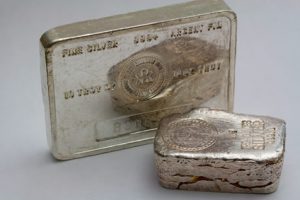 Gold and silver rose slightly Wednesday after falling in the previous session on profit-taking. Platinum and palladium extended their streaks of multi-session gains.

"The weaker economic data out of the U.S. continues to support gold," Adam Klopfenstein, a senior market strategist at Archer Financial Services in Chicago, said in a telephone interview reported on Bloomberg News. "People are closely monitoring the situation in Ukraine."

A report from payrolls processor ADP showed February private-sector jobs rose a tepid 139,000 while January’s total was revised down by 48,000 to 127,000. Additionally, the Institute for Supply Management (ISM) reported that its service-sector index fell to 51.6 from 54 in January.

Below is a sales breakdown across U.S. Mint bullion products with columns offering the number of bullion coins sold on Wednesday, the week-to-date, last week, in February 2014 and for the year-to-date.

Speaking of US Mint Bullion Coin Sales in March … does anyone know when the mint will be releasing the 2014 5-oz AtB Bullion coins…???

Gerry, there is no firm date yet. The U.S. Mint told us on Tuesday that “late March” was the time frame for the first 2014 five-ounce coin. That one will depict Great Smoky Mountains National Park.