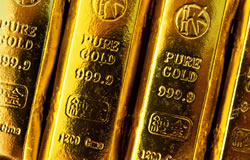 Gold fell for the first time in four sessions on Wednesday, dropping from a four-month high and falling by the biggest amount in nearly four weeks.

In PGMs, platinum snapped a three-session winning streak while palladium fell for a second straight session. In their daily breakdowns:

U.S Mint bullion coin sales were unchanged Wednesday. The bureau’s gold coins have not advanced since Friday but Monday – Tuesday sales of its silver coins are the strongest since the debut week of the newly dated 2014 American Silver Eagles.

Below is a current sales breakdown across all the Mint’s bullion products.