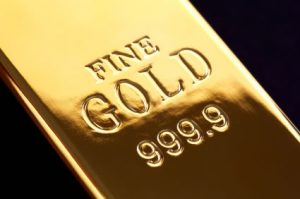 Gold declined modestly in thin pre-holiday trading Monday after rising on Friday from a three-year low. U.S. markets will be open for a half-day on Tuesday and closed Wednesday for Christmas.

The "$1,180 an ounce is the major level, so if it breaks below that then it’s really just a question of how much further it can drop," Steven Dooley, the head of research, said by phone from Melbourne, according to Bloomberg News.

"I would argue that there is support at $1,190 … but there may be more downside as it doesn’t take much to move the market in thin holiday trading," Reuters quoted Andrey Kryuchenkov, analyst at Moscow-based commodities broker VTB Capital.

Last week, losses among the three metals totaled 0.8% for silver, 2.3% for platinum and 2.4% for palladium.

London precious metals fixings were modestly higher, with the exception of palladium which was unchanged for a second straight business day. In contrasting Friday PM to Monday PM London fix prices:

Losses last week for London precious metals accumulated to 3% for gold, 1.1% for silver, 2.9% for platinum and 3.2% for palladium.

United States Mint sales of $50 American Gold Eagles shot up 13,000 on Monday, doubling from the total reached last week. Listed below are U.S. Mint bullion sales for the week, for the month through Dec. 23, and the year-to-date.