Bullion Articles and Precious Metal Reports Gold and Silver Rise Ahead of Fed Meeting, Up for Second Session 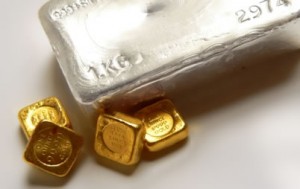 "Should tapering not be announced at the December meeting, given the elevated speculative positioning to the short side, there is scope for a short-covering rally," Reuters quoted Suki Cooper, precious metals analyst at Barclays Capital.

Gold’s pick-up on Monday was a dime more than its increase on Friday. Last week, gold prices rose 0.5%.

In PGM future prices on Monday:

Sales totals for United States Mint bullion coins were unchanged Monday as of 4:33 p.m. ET. Listed below are U.S. Mint bullion sales for the month through Dec. 16 and the year-to-date.