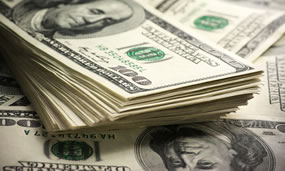 The U.S. government printed more banknotes in August than in July, marking a third straight monthly increase, and the value of those notes topped the $30 billion level for the first time since May.

589.12 million in $1s, $5s and $100’s were printed for a total value of $32 billion, according to figures released Tuesday by the Bureau of Engraving and Printing (BEP), the agency responsible for manufacturing U.S. currency.

In month-over-month comparisons, the quantity of banknotes increased 12.3% while the total dollar value jumped 25.4%. The types of bills produced in August matched those of July. The big difference for the month came from the 64.32 million more $100s. Matching opposites, the quantity of $5s grew by 12.8 million from July whereas the number of $1s shrank by 12.8 million.

Here are reports from the BEP showing the type of banknotes printed during the month:

The BEP produced millions of $100 star notes. Those are referenced by the "*" designator in the above money production charts. Star notes are replacements for misprinted notes or certain serial numbers, like 000 000 000. Money collectors generally find them more desirable since they are harder to find.

The following table lists the type, the amount and the total value of notes printed by the BEP in August.

For comparison, tables of the previous three monthly money production totals are below:

How come none of the low serial numbers ever end up in circulation? Where do they go and who has access to hoard them all up…employees of various banks up line in the food chain?

I would like to know or find out is it possible to buy any low early $100 notes especially the star notes there seems to be 10,000 uncut sheets plus 6,400,000 individuals of them what outrageously over priced set are they gonna show up in ? Also where do the new $100 notes go to in there distribution order ?
Every bank I ask about acquiring the new $100 bills and they act like they know nothing ? Really