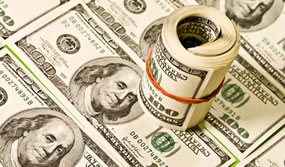 The U.S. government printed less money in June than in May, according to newly released figures from the agency responsible for manufacturing U.S. currency.

Last month the BEP printed $1s, $5s, $10s and $100s. In May the BEP also printed $20s. Here are printouts of the reports from the BEP showing the type of banknotes printed.

The BEP produced millions of $5 and $100 star notes. Those are referenced by the “*” indicators in the above production charts. Star notes are replacements for misprinted notes or certain serial numbers, like 000 000 000. Money collectors generally find them more desirable since they are harder to find.

For comparison, the previous monthly production figures are shown below:

What about two dollar bills? Those are way cooler than any of the others..!!

How about the designs the USA used from 1890 to World War II? Those were the best designs. The seals were bigger, different colors, gold and silver certificates, Hawaii and North Africa notes,

They were interesting but I hope nothing like Hawaii or North Africa overprint notes will ever be needed again.

Since fewer places now accept $100’s I wonder where they are all going?

George – are you getting them all along with the $2 bills?
ps – I told you that Gold would not go below $1200 an oz. Keep hanging on to your spouse. Just wait till the bond buying slows this September. Gold will be back in the $1400+ range.

RBG,
Who isn’t accepting 100$ bills? I would love to know. You can’t refuse it for any debt, unless you are referring to superbills and still, you have to accept them or prove they are counterfeit. I understand if a debt has not been created, they can, still I haven’t come across this as a problem.
Good call on gold, could be better if the LBMA really did lease out 1300 tons of other nations gold.

Hi Sean,
A number of places here in the midwest will not accept $100 and post it (they keep cash on hand low to avoid being targeted for theft). Even more do so in the evenings and on weekends. It is in part due to their ability to make change (and thus keeping cash on hand low) during times when the banks are closed. In most cases it is accepted so the change drawer does not run out for other patrons over evenings, weekends and long holiday weekends.