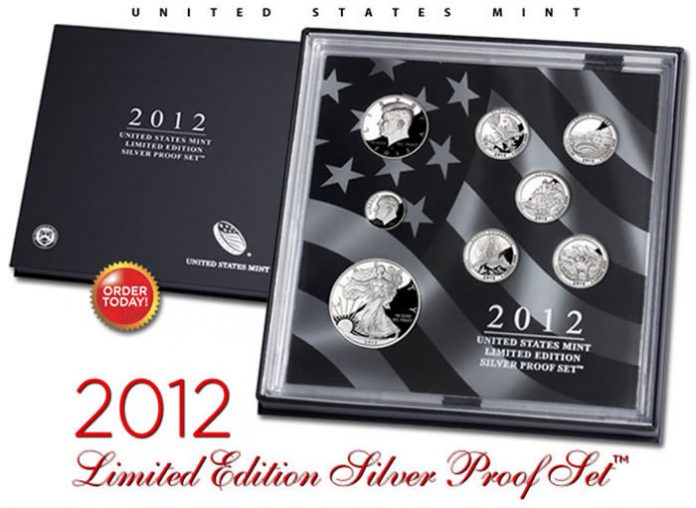 Sales of the 2012 Limited Edition Silver Proof Set kicked off decently strong despite a price tag many collectors thought too high.

On the day of release, the 2012 Limited Edition Silver Proof Set had a silver melt value of less than $80 based on an ounce of silver at $34 an ounce. The more than $70 premium was unpalatable to some collectors who vocally voiced their displeasure.

These sets have a household ordering limit of two with potential maximum sales of 50,000. Orders may be placed online at www.usmint.gov/catalog or by calling 1-800-USA-MINT (872-6468). Shipping is expected to begin in late December.

Hi,
I wanted to order one. But,the cost is unreasonable. Also, there is really nothing special about this set. I will pass on this one!

Agreed.
This will easily be purchased in the future for less than the issue price.

Sure! and remember you can always buy a set asap with any of the telemarketers who will have plenty. They will have been graded by the big three before anyone else gets theirs shipped. And they will have special new labels indicating “2012 Limited edition Silver Proof Set” And, some will have “Early Release” labels. All for an added permium $$$$$$$$$