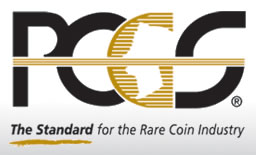 Officials of the Professional Coin Grading Service (www.PCGS.com) are applauding the efforts of collector Mike Marshall of Trenton, Ontario in combating the sales of counterfeit coins in Canada. At the recent PCGS Set Registry(SM) luncheon, PCGS announced it was awarding him with a check for $5,000 and a plaque praising his work.

"Mike Marshall has been a huge aid to PCGS in combating Chinese counterfeiting. His tenacity resulted in the removal of several counterfeiters from online auctions," said Don Willis, President of PCGS, a division of Collectors Universe, Inc. (Nasdaq: CLCT).

"The hobby owes Mr. Marshall a debt of gratitude for his selfless efforts. PCGS’ recognition of him is but a token of our appreciation for his efforts."

In 2009, Marshall wrote an article for Canadian Coin News that detailed the counterfeiting problems and explained how he was attempting to get the online auctions halted. He also wrote letters to members of the Canadian Parliament.

Sgt. Tony Farahbakhchian, Pacific Region Counterfeit Coordinator for the Royal Canadian Mounted Police, read the Canadian Coin News article and subsequently received a request from his Inspector in Ottawa to resolve the problem of eBay allowing the selling of counterfeit Canadian coins on their auction web sites.

"In consultation with the E Division (Pacific Region) of the Royal Canadian Mounted Police, they decided to amend their policy to ban the sale of all Canadian replicas in North America. The E Division’s Federal Commercial Crime Section’s Integrated Counterfeit Enforcement Team went a step further by requesting eBay to stop the selling of counterfeit Canadian coins on all their worldwide auction sites. They graciously complied with our demands."

"Mr. Marshall’s writings were instrumental in starting the process that led to stopping the sale of counterfeit coins online in Canada, whether stamped ‘copy’ or not, "said Willis." "Through his research on corporate policies, he discovered a process through which sales of counterfeit coins could be brought to the attention of PayPal to ensure that PayPal also conformed to anti-counterfeiting laws."

"Mr. Marshall then applied the same technique to the sales of counterfeit coins in the United States. He was primarily responsible for the removal from eBay this year of one of the top Chinese counterfeiters. In recognition of his monumental efforts on behalf of the hobby, PCGS was pleased to honor Mr. Marshall with a check for $5,000 and a plaque."

Marshall told the Winnipeg Free Press in September 2009 that most of the counterfeit coin problems online in the U.S. would be eliminated if the U.S. Hobby Protection Act was changed to require the words "copy" or "replica" to be part of the dies used to make all replica coins.

Thank you Mr. Marshall.
The counterfeit game is no joke and a serious threat to all collectors. It will devalue coins across the board. We need more people like Mr. Marshall.

The love of money for some doesn’t come with a conscience. These unethical characters will have to work a bit harder to defraud us, because now we all have a bit more protection on ebay.