Northwest Territorial Mint (http://nwtmint.com/), a primary source of US military challenge coins, has acquired Graco Awards (http://www.gracoind.com/), a prime contractor of medals and service ribbons for the Defense Supply Center and almost every government agency.

The combined entity will now employ more than 300 people at seven locations across the United States. The acquisition of Graco Awards will also add an additional 30,000 square feet of production facilities to Northwest Territorial Mint’s 150,000-square-foot manufacturing capacity.

With this acquisition, Northwest Territorial Mint significantly increases the depth and span of its sales coverage in the market by welcoming more than 60 highly-trained employees from Graco — individuals who know the marketplace and products, and who already have existing client relationships.

The Medal of Honor, the Silver Star, and the Purple Heart are among the significant American military awards entrusted to Graco Awards to manufacture. That level of prestige fits well with Northwest Territorial Mint and its Medallic Art division, each with a distinguished history of designing and minting important medals and awards. 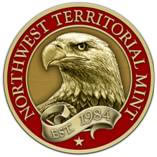 Since 1984, Northwest Territorial Mint has specialized in designing and creating custom coins, medallions, and related items of the highest craftsmanship for individuals and institutions worldwide. Its coins have been handed out by the Commander in Chief, the Secretary of Defense, the Chairman of the Joint Chiefs of Staff, and many other high-ranking military officers and elected officials.

Its commemorative coins are available at Navy, Army, Air Force, and Coast Guard exchanges and its online store, and it is licensed to create and sell for many iconic American organizations, including Boy Scouts of America, Harley-Davidson, and the National Rifle Association. Its Medallic Art Company division was acquired in 2009 and dates to 1903.

Through the years, the company has reproduced bas relief work of some of the most famous American sculptors, as well as many of the important medals and awards in the United States, including the Pulitzer Prize, Congressional Medal of Honor, National Medal of Science, President‘s Medal for Freedom, the Newbery and Caldecott Medals, and the inaugural medals for 11 U.S. presidents. Medallic Art Company is co-located in Dayton, NV with Northwest Territorial Mint, which also has facilities in Federal Way, WA; Auburn, WA; Green Bay, WI; Alexandria, VA; and the Pentagon.

Graco Awards is one of the nation’s premier military medals manufacturers, producing some of the nation’s most important awards, including the Medal of Honor, the Silver Star, and the Purple Heart. Its awards are of the highest quality and are made in the USA. Established in 1981, Graco works with almost every government agency, though some Graco medals for specific secret agencies and will never be seen in public.

Did Graco use its full name on the back of military awards and did they ever make awards with no hallmark on the pin side.