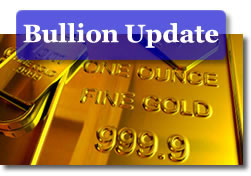 Even as they pledged to refrain from further weakening their respective currencies, finance ministers from the Group of 20 exhibited plenty of sour expressions when it came to the post-meeting photo-ops. Thus, while the essence of the communiqué serves as a tension-reducer, the indirect criticisms that were leveled upon Mr. Bernanke’s Fed were hard to miss.

Germany’s Economic Minister for example, said that "It’s the wrong way to try to prevent or solve problems by adding more liquidity. Excessive, permanent money creation is an indirect manipulation of an exchange rate."

The "We, the G20 Finance Ministers and Central Bank Governors, met with a sense of urgency to fully address the economic challenges facing us today in preparation for the Seoul Summit" phrasing that the document issued in Gyeongju led off with, was quickly diluted by subsequent passages that were anything but "fresh."

To wit: "[We will] move towards more market determined exchange rate systems that reflect underlying economic fundamentals and refrain from competitive devaluation of currencies. Advanced economies, including those with reserve currencies, will be vigilant against excess volatility and disorderly movements in exchange rates" was little more than a warmed-over "pledge" which had been made already.

Moving "towards" is not the same "as "the buck (or yen, or x) stops right here, right now."

The fact that the agreement fell far short of being Plaza Accord-like in its tenor and the absence of any specific action to halt the greenback’s slide from the US team struck a sour note with currency traders in the hours following the meeting. Sellers of the US currency retook control and saw a window of opportunity to short it at least until the Fed announces what it might do on November 3rd or until the next Seoul meeting of the ministers (also in November).

This, even as HSBC’s currency analysts polled over the weekend saw scope for the dollar to stage a rally in coming weeks as a result of the accord. That’s the same HSBC that, today, sees the US dollar falling a couple of percent (and gold at $1,400) in the period following what it sees as a "large Fed easing" next month. It all makes sense. Kinda like the previous contradiction within Goldman that, in August, offered up the prospect of $1,300 gold, while the left hand was actively advising wealthy clients to…get out of bullion.

"No country was named and shamed and those which recently put on forms of capital controls did not even get a wrist slap," said the HSBC report. "Any country considering capital controls now has the G-20 behind them and is free to act. That’s a "positive scenario" for the dollar."

Right. Only the market saw the US currency dip to under the 77 level and to a 15-year low against the yen as Monday’s trading action got underway. Dollar selling equates resumption of risk appetite, which, in turn, equates large bets being thrown at the already-hot commodities niche.

Amid such conditions, no surprise that the opening bid on spot gold bullion showed an $18.20 advance from Friday’s closing levels. The yellow metal was quoted at $1,345.90 an ounce as against the aforementioned slipping greenback and as oil prices added 1% and copper rose by 2%. EW analysis issued on Friday sees scope for a rebound in gold that takes it to just under recent price peaks. In typical late-to-the-party fashion, Friday’s USA Today offered a half-page (!) primer on…investing in gold. Complete with a lead-off on ‘investing’ in collectible coins. Okay, then. This is no ‘mini-mania.’

First-line resistance in gold s thought to emerge near $1,350 an ounce and extends to near $1,370 on the wave charts. The overnight highs in bullion came in at $1,350.30 on the offer side of spot. Silver prices zoomed to higher ground as well, adding 51 cents on the open and showing a quote at $23.80 an ounce. There is however, something of a development that is worth noting in the gold niche. Marketwatch’s John Spence spent some time dissecting the trend.

"The miner ETF stalling near its 2008 high could be an ominous sign for gold prices, which some say are due for a pullback after a nearly uninterrupted upward surge since the beginning of August." notes Mr. Spence.

While acknowledging that the ETF has nearly tripled since it reached lows under the $16 per-share level two years ago, the opinion that Mr. Spence was presented with by at least one technical analyst cautions that "pessimism about the dollar might be overdone, so gold-stock owners should pull at least part of their holdings off the table at this point in time. If the dollar does rally after falling close to a multiyear low, it would be "ugly" for gold-miner stocks."

The 2008 period turned into a paradigm shift for those who invest in the two assets in the (historically-based and up-to-then-valid) hope that mining shares offer some kind of leverage to bullion, as the relationship between gold itself and the miners became unglued as a result of global investors’ flight to quality.

The Market Vectors Gold Miners ETF finished 2008 with a loss of 26.1%, while SPDR Gold Shares ended the year with a gain of 4.9%, according to investment researcher Morningstar Inc. Thus, it turns out, our friend, the "mercenary geologist" Mickey Fulp may have know what he was talking about when he issued his own cautionary take on the sector in last week’s interview with The Gold Report.

Platinum and palladium raced higher right out of the starting gate this morning, as the entire commodities complex was basking in the confidence of a never-ending dive in the US currency. The former rose by $24 to open at $1,697.00 per ounce, and the latter climbed $19 — with a 3.06% gain that far eclipsed the rest of the metals group- to start at $608.00 the troy ounce. Rhodium remained unchanged at $2,250.00 this morning.

Automotive world news offered a mixed bag this morning. Carmaker Toyota reported a decline in its global vehicle output for the first time in a year. The firm produced 672,604 units in September (1.3% fewer than one year ago). On the other hand, Ford Motor Company may announce its largest Q3 profit in 107 years ($1.37 billion) as its US market share climbed to just over 15% during the period.

This is apparently underway (and investors are betting on the trend) despite continuing levels of unemployment near 10% that are plaguing the country. The upside surprises in consumption over the coming months will likely be a result of rising incomes and a new-found discipline among Americans: saving, and paying off debt. Having done both, it might be time to hit the mall(s) again.

At this juncture, such help to the economy is being viewed as less meaningful than the Fed’s anticipated ‘give’ in November. The window of opportunity ahead of the G-20’s next meeting (and the next, lemony-fresh pledge to come from it) in Seoul (Nov. 11) remains wide open and it is still defined by the expectations of a very generous Fed.

Risk assets stand to benefit up to the point when they do not. The continuing pattern of tandem gains in equities and commodities (esp. gold) should serve as a flashing yellow light. It does not. For now, it’s all ‘green lights.’ "Green," as in: "greenback" and the selling thereof.

Do note, however, that not everyone is jumping into this liquid(ity) pool. CPM’s Jeff Christian remarked at the recently concluded Spokane Silver Summit that more than 30% of the world’s investable assets appear to be parked on the sidelines, doing nothing but waiting for an opportunity. That should speak volumes to some. Some whose name does not end with the word "fund."