DALLAS, TX — More than 4,250 bidders lined up to take part in the offerings of Heritage’s June 3-6 Long Beach Signature® U.S. Coin Auction, sending a remarkable 1866 $1 Motto PR67 Cameo NGC, CAC to the top of the pile with a $69,000 final price in an auction that saw solid bidding across the board, the continuance of gold as the hottest sector of the market, and a total of more than $9.88 million. All prices include 15% Buyer’s Premium. 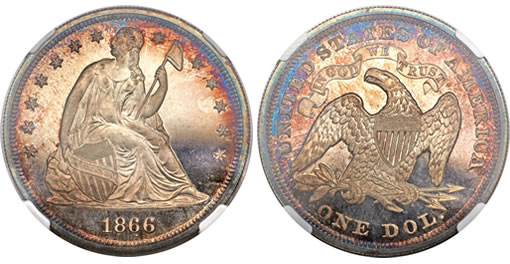 "Even without the presence of six and seven figure coins we still saw totals approaching the $10 million mark and a more than 95% sell-through rate by lot totals," said Greg Rohan, President of Heritage Auctions. "The enthusiasm in the current numismatic marketplace is there at all levels, and it helped make this a strong overall event."

An important 1944-D Lincoln Cent Error struck on a Steel Planchet, AU55 NGC, 2.8 gm., coming to auction from The Brenda John Collection, caught the attention of collectors of both error rarities and Lincoln cents, and subsequently roared to a $60,375 final price, while an astounding 1891-O Morgan Dollar MS65 Deep Mirror Prooflike, from the PCGS Tour — one of only two MS65 Deep Mirror Prooflike examples known to PCGS, with none finer — was much in demand with collectors before finally coming to a stop at $57,500. 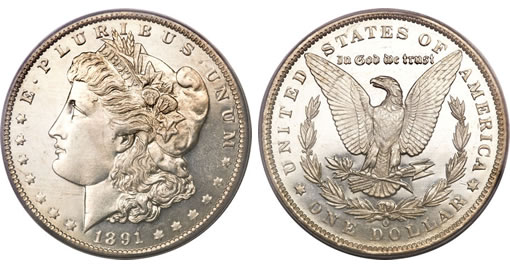 A stunning 1892-O $1 MS65 Deep Mirror Prooflike PCGS, also from the PCGS Tour, continued the stream of superb Morgan Dollars in the auction, as this example proved one of the most popular in the whole of the Long Beach auction with a price realized of $57,500. 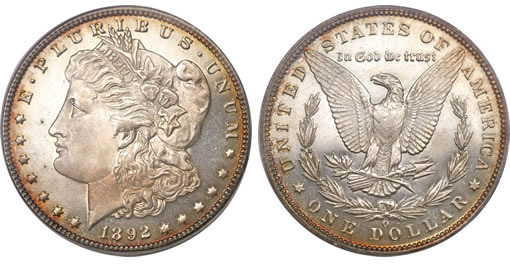 "For the knowledgeable Morgan dollar collector, the simple existence of this Deep Mirror Prooflike Gem is astounding," said Rohan. "The 1892-O is one of the rarest of the Morgan dollars in prooflike condition. The price realized proves how much collectors value that rarity." 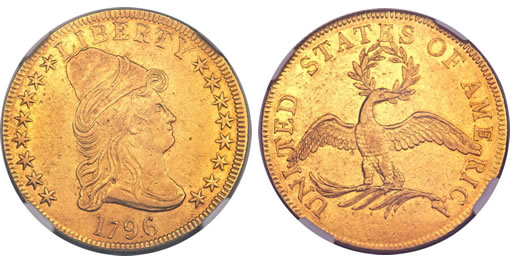 There is no accurate census of 1796 eagles that survive, although it is fair to say that the majority are in grades below AU, making this coin a special specimen indeed.