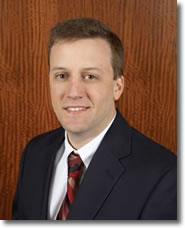 DALLAS, TX — Heritage Auction Galleries (HA.com) has announced the promotion of Cristiano Bierrenbach to the position of Vice President of International Numismatics.

"In the short time Cris has been with Heritage, he has become instrumental to the impressive growth enjoyed by our World Coin category," said Greg Rohan, President of Heritage Auctions. "Cris will continue to drive our World Coin category growth here in the U.S. while working to expand our role into a leadership position in markets abroad."

"Besides driving the amazing growth of the category overall at Heritage, Cris also started monthly World Coin Internet Auctions at Heritage," said Rohan, "which have performed very well. He also has increased house purchases, brokered the successful auction partnership with the Chicago International Coin Fair and increased the number of floor sessions in the NYINC auction from three to four."

"I’ve been a coin guy most of my life and absolutely love what I do," said Bierrenbach, "this makes my job a whole lot of fun. I’m also incredibly lucky to be working alongside Warren Tucker, who besides of being a walking numismatic encyclopedia, has become a close friend."

"My main job, as I see it, is to keep great coins flowing through the system," said Bierrenbach. "I strongly believe that Heritage has the best product in our industry and truly enjoy guiding our consignors through the auction process to help them realize top dollar for their treasures. Happy and satisfied clients are really our ultimate objective."