Bowers and Merena, the world’s preeminent auctioneer for rare coins and currency, will conduct the Official auction of the June 2010 Whitman Coin & Collectibles Baltimore Expo. 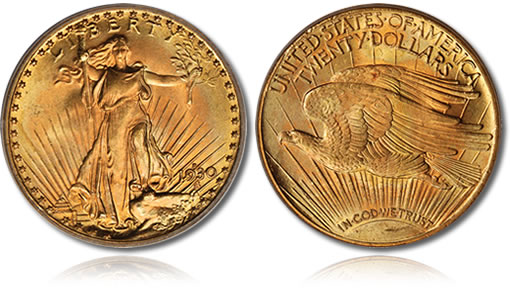 Scheduled for June 16-20, 2010 at the Baltimore Convention Center, the sale will present nearly 3,500 lots of United States coins, exonumia and related items.

According to Bowers and Merena president Steve Deeds: "We have a wonderful sale planned for the June 2010 Baltimore Expo anchored by several important collections and Registry Sets.

The Close to Perfect Collection includes many low-pop condition rarities, including some stellar-quality MS-69s and MS-70s from the 21st century, while the Weston Collection features many original collector coins in VF, EF and AU."

The Fab Five Collection of Early Half Eagles will also entice gold enthusiasts with a selection of five early Half Eagles, a fresh consignment recently certified by our company for the first time and making its first appearance in a major numismatic auction. A historic 1795 Small Eagle Five in NGC MS-61 leads off the Fab Five Collection, and it is an example of the scarcer BD-8 die marriage."

Concluded Deeds: "Numerous other important rarities can also be found scattered throughout our June 2010 Baltimore Auction. We have a beautiful and rare 1930-S Double Eagle in PCGS Secure MS-65+, a top-of-the-pop 1917 Doubled Die Obverse Lincoln Cent, FS-101, PCGS Secure MS-67 RD from The Holdings of Ron Groszmann, a well-known 1794 Flowing Hair Silver Dollar rarity in a PCGS Genuine holder and countless other highlights from Colonial coinage through Territorials.

Plus, a complete set of Proof Barber dimes, as well as nearly complete sets of Indian cents, Mercury dimes, Standing Liberty quarters, and a type set with key coinage, all collected in the 1950s and 1960s. No matter what your area of specialization, I am confident that the Bowers and Merena June 2010 Baltimore Auction holds many important bidding opportunities. Enjoy the sale, and good luck with your bids."

Additional highlights in the Bowers and Merena June 2010 Baltimore Auction include:

All lot descriptions and images in the June 2010 Baltimore Auction can be viewed online at the Bowers and Merena website, www.bowersandmerena.com. Printed catalogs are available upon request by calling 800.458.4646.

Interested bidders are also encouraged to view lots onsite in Baltimore June 15-19, 2010, and bid in-person at the live auction, or live online through the Bowers and Merena website. A complete auction and lot viewing schedule is available at www.bowersandmerena.com or by calling 800.458.4646.

Bowers and Merena has handled four of the five most valuable United States coin collections ever sold, including the Louis E. Eliasberg Sr. Collection, the Harry W. Bass Jr. Collection, the Garrett Collection for The Johns Hopkins University and the Norweb Collection.

For more information about Bowers and Merena’s June 2010 Baltimore Auction, call 800.458.4646. For media inquiries, ask for President Steve Deeds. Complete prices realized for all past auctions are available at www.bowersandmerena.com.

I wish that some of 3500 coins sold at Bowers and Merena auction soon be available at rare coin stores!