The United States Mint on Tuesday at noon ET placed the 2010 Presidential $1 Coin Uncirculated Set on sale for $18.95. 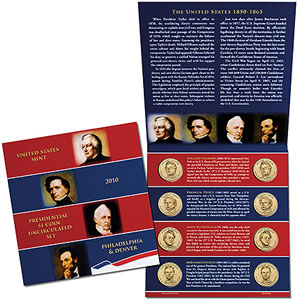 The set is the fourth release in a series dating back to 2007, which is when the Presidential $1 Coin Program started featuring $1 circulation strikes honoring American Presidents.

The sets are a popular annual U.S. Mint offering, although they have not been purchased to the same degree as the older established mint and uncirculated sets, nor the companion 4-coin Presidential $1 Coin Proof Set. (Read about this year’s $1 proof set.)

The latest Mint sales data shows 105,059 of the 2009-dated sets were purchased by coin collectors. The Mint just recently took these off sale after they had been available for nearly 12 months.

This year’s set is expected to perform well, given it includes a coin depicting one of the most, if not the most, recognized U.S. Presidents, Abraham Lincoln. New coins bearing Lincoln’s image tend to shoot to the top of collector’s attention.

As in the past, the Presidential $1 coin set includes 8 uncirculated coins with four struck from Denver and four from Philadelphia. Each dollar features a respective "D" or "P" mint mark, denoting their origin. The coins include:

The Mint provides the following set description on its Web site:

This set is presented in a folder with biographical sketches, notable quotes and portraits of each President. Each coin is mounted in an individual protective, rotatable blister; edge-incused inscriptions on the coins are fully visible. An image of the President appears on each obverse of the coins and the common reverse features a striking rendition of the Statue of Liberty. These coins also feature edge-incused inscriptions of the year, E PLURIBUS UNUM, and the mint mark.

As of this writing, only the Fillmore $1 has entered circulation. (See other 2010 Presidential Dollar Release Dates.)

As mentioned, the set is priced at $18.95 ($3 more than last year’s offering). There is also a $4.95 charge for shipping and handling. They may be purchased online through the Mint page:

Mint $1 Products – click through to any of the 2010-dated offerings.

The 2010 $1 designs for the coins were first unveiled on Dec. 8, 2010. For reference, the following are U.S. Mint provided images, design descriptions and the designers/sculptors of each coin within the set (images may be clicked to enlarge): 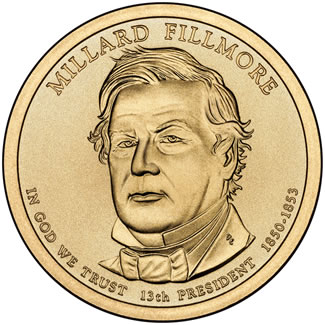 Features an image of Millard Fillmore with the inscriptions "Millard Fillmore", "In God We Trust", "13th President" and "1850-1853." It was designed and sculpted by Don Everhart. 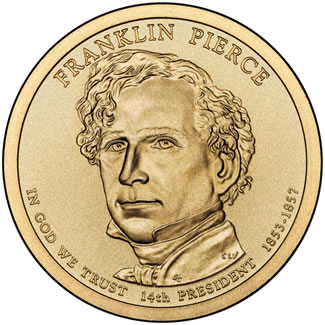 Features an image of Franklin Pierce with the inscriptions "Franklin Pierce", "In God We Trust", "14th President" and "1853-1857." It was designed by Susan Gamble and sculpted by Charles L. Vickers. 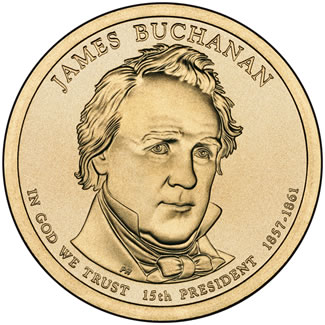 Features an image of James Buchanan with the inscriptions "James Buchanan", "In God We Trust", "15th President" and "1857-1861." It was designed and sculpted by Phebe Hemphill. 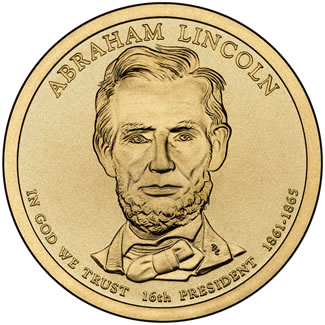 Features an image of Abraham Lincoln with the inscriptions "Abraham Lincoln", "In God We Trust", "16th President" and "1861-1865." It was designed and sculpted by Don Everhart.

All the dollars have a common reverse (tails side) of the Statue of Liberty, which was designed and sculpted by Don Everhart.

When will the 2011 Presidential $1 Coin Uncirculated Set be released?