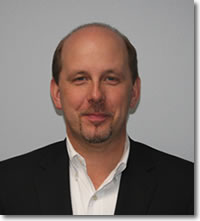 "We are delighted to add such a knowledgeable and well-respected numismatist to lead the Spink Smythe team. We are extremely proud of our past and look forward to continued success in the future with our new, truly global presence," said Tracy L. Shreve, Chief Operating Officer of Spink USA.

The former Director of Currency Auctions at Heritage Auction Galleries, Fitzgerald also has extensive management experience in the travel and hotel industry. He started collecting coins as a child when his grandfather helped him fill Whitman folders with Lincoln cents found in circulation. In addition to coins, he collects small-size U.S. notes, Texas obsoletes, Confederate and National Bank Notes.

He has presented educational seminars for the Texas Numismatic Association (TNA) and the Tarrant County Historical Society, and recently served as Chairman of the TNA Convention in his hometown of Fort Worth. He and his wife, Sheli, have a son born this past December.

"I’m very excited about this opportunity with Spink Smythe, and look forward to blending two distinguished names both firmly established in their fields into the marketplace," said Fitzgerald.

"Emphasizing a boutique, more personalized service to our clients is the main goal here at Spink Smythe. In these uncertain economic times people want to know their collection is important and that it will be sold with the same care and dedication that they have given it over the years," he said.

"Under the Spink banner, Spink Smythe now offers a truly global experience for both buyers and sellers. Additionally, Spink Smythe is pleased to offer the world’s leading online bidding platform, SpinkLive.com. This innovative and easy to use system offers real time bidding featuring audio and streaming video so that bidders may participate as though they were on the auction floor," explained Shreve.

The next Collector’s Series Sale will be held April 23 – 24, 2009 in New York at the Spink Smythe galleries on 57th Street. Spink Smythe is also the official auctioneer of the Memphis International Paper Money Show, June 26 – 28, 2009. To consign to this or other upcoming auctions, contact Fitzgerald at JFitzgerald@SpinkSmythe.com.

The company’s history dates back to 1880 when Roland M. Smythe created services to provide financial institutions and individuals with information about obsolete banknotes and securities. The company evolved into R.M. Smythe, now one of the world’s leading collectibles auction houses, and it was acquired by the firm Spink and Son Ltd. of London in early 2008.

For additional information, contact Spink Smythe by phone at (800) 622-1880, by e-mail at info@SpinkSmythe.com or visit online at www.SpinkSmythe.com.