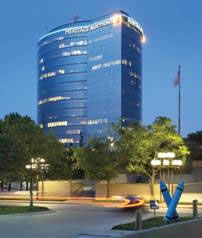 Dallas, TX – Heritage Auction Galleries reported $709,664,132 in net sales for 2008, by far the largest in its history. This figure represents results from all of Heritage’s 26 departments, and includes all auction and private treaty sales.

"This was a year of sales growth, right from the very beginning," said Greg Rohan, President of Heritage. "We started the year with a record-breaking auction at the Florida United Numismatists convention – more than $63.5 million, making it the second biggest coin and currency auction ever held after our $78 million 2007 FUN auction."

"Our World Coin Department turned in some exceptional results this year," said Rohan, "with total auction sales of more than $16 million."

"Currency was another hot area in 2008," said Rohan, "with Heritage claiming the record for the two largest currency auctions ever: our May Central States currency auction grossing $14,203,004, and our $13,333,364 September Long Beach Currency auction."

"Best of all," said Rohan, "Heritage ended the year with 422,414 registered bidder members. Heritage has now served more than 45,000 individual consignors, each paid in full and right on schedule."

HA.com continued its reign as the Internet’s most popular auction Web site for art and collectibles, with nearly triple the average monthly traffic received by Christies.com and Sothebys.com combined, according to Compete.com, the equivalent of the Nielsen Ratings for the Internet.

Click on this link to view an archive of other Heritage highlights of 2008.

For more information about any of Heritage’s auctions, and a complete record of prices realized, along with full-color, enlargeable photos of each lot, please visit www.HA.com.

To reserve your copy of any Heritage auction catalog, please contact Client Services at 1-800-872-6467, ext.1150, or visit www.HA.com/Catalog to order by email.

Heritage Auction Galleries is the world’s third largest auction house, and by far the largest auctioneer of rare collectibles, with annual sales more than $700 million, and 400,000+ registered online bidder members.