Coin & Numismatic News 2009 Quarter Images for DC and US Territories 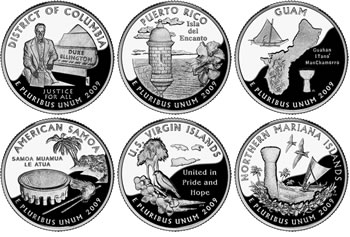 The high resolution quarter images were not available when the 2009 Quarters Proof Set was issued in Jan., and offer an excellent presentation for how the circulating quarters will look.

The Mint is already offering DC quarters in rolls and bags. The five other quarters will enter circulation in equal intervals spread throughout 2009.

Each obverse ("heads" side) of the coin will depict the current George Washington image. The following is a listing with the proof 2009 quarter reverse or tails side image, their design descriptions, and the US Mint designer and sculptor. 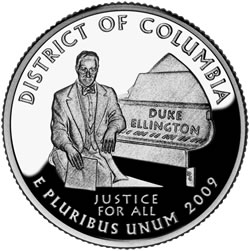 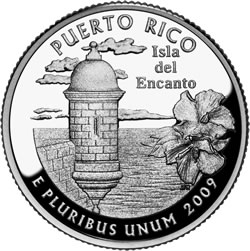 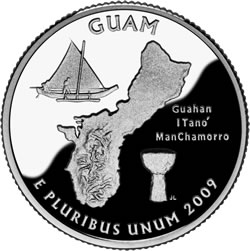 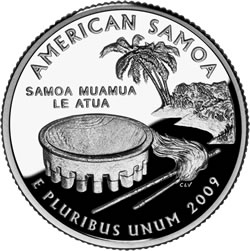 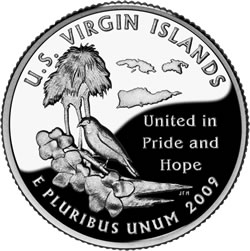 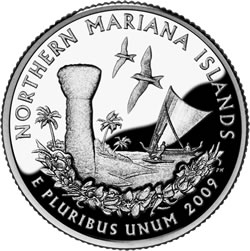 Designs for each quarter were submitted and recommended through a process determined by the Governors for the District of Columbia and each United States territories. The U.S. Mint reviewed the designs before each Governor recommended a final design based mostly on a resident voting with some using a committee selection process. Both the Citizens Coinage Advisory Committee and the Commission of Fine Arts were involved in improving designs while the Department of the Treasury selected each.

After the DC and US Territories Quarters Program ends in 2009, National Park Quarters will launch beginning in 2010.

I have 2 of them, Guam, and Puerto Rico.

I have 3 of them U.S.Virgin Islands, Northern Mariana Islands, and Dristrict Of Columbia,
Is there a folder for these, and how do you get it?

Pascal< There is a folder for these. They are included in the folder for the 50 states. This folder is availible at a Barnes and Noble bookstore. Good Luck

Where can I get these quarters?

I have a Guam quarter that is painted. Is this normal?

Mike Unser - July 1, 2022 57
The United States Mint announced prices and the type of finishes for their 2023-dated Morgan and Peace Silver Dollars. One of the five announced...