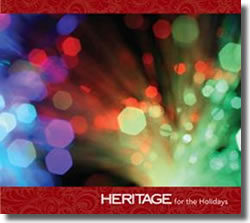 Dallas, TX – Where can you find the most famous stamp in the world, the single most valuable set of baseball cards known, original Winnie-The-Pooh artwork, an amazingly rare Patek Philippe pocket watch, an Atlas rocket, JFK’s rocking chair, a John LaFarge stained glass masterpiece and a 1795 small eagle $10 gold piece?

The answer: Heritage Auction Galleries’ 2008 Heritage for the Holidays catalog. Within its 66 pages all the above rarities can be found, as well as more than 50 other pieces of rare Americana, comics, coins, currency, jewelry, fine art and entertainment memorabilia. Taken together, the offerings in the catalog are worth well in excess of $9.6 million. Here’s how Heritage President Greg Rohan puts it in his greeting to the catalog:

With its position as the largest collectibles auctioneer on the planet, and as the world’s third largest auction house, Heritage has used its influence and reputation to gather these lots together to offer as a special treat to the top level of collectors across all 26 of its auction categories, but also as a virtual "Holy Grail" wish list to collectors across all levels of the business. Half the fun of the catalog is seeing the groupings of some of the world’s greatest material culture all together in one place.

Other offerings in this exceptional catalog include, but are not limited to:

The chance to buy – or just browse – is limited to the holidays and once the season is over, so is the opportunity to own – or just appreciate – one of these singular pieces of history. The catalog, with detailed listings and enlargeable photos of each item, can be downloaded online at www.HA.com.

Heritage is the world’s third largest auction house, and by far the largest auctioneer of rare collectibles, with annual sales of more than $700 million, and 400,000+ registered online bidder members. For more information about all of Heritage’s auctions, and to join and gain access to a complete record of prices realized, along with full-color, enlargeable photos of each lot, visit www.HA.com.