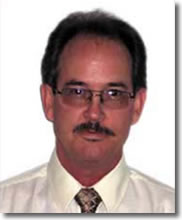 (Virginia Beach, VA.) Management at Dominion Grading Service (DGS) formally announced this week the hiring of Michael Ellis as a senior grader and variety specialist. Mr. Ellis has over 20 years experience in professional numismatics with a rich resume spanning everything from President of CONECA, to 12 years of teaching at ANA Summer Seminars.

According to DGS President, John Feigenbaum, "Mike comes to us at the ideal time for Dominion [Grading Service]. We’ve been officially grading coins since April and the number of submissions has gradually increased with each month, to the point that we could no longer keep up with the pace.

Collectors are really starting to embrace our services and we see DGS as a trend setter in the future of coin grading. DGS can make a real difference with specialty offerings like variety designations and the grading of error coins. Mike is one of the strongest attributors in the country and we’re extremely fortunate to have him aboard."

A coin collector since 1968, Mike comes to DGS with over 20 years experience as a professional numismatist and numismatic educator. He served 12 years as a board member and officer of CONECA; including 4 terms as President of the organization. He has been an instructor for ANA Summer Seminars since 1996, has given several Numismatic Theater presentations at ANA Anniversary Conventions and made many educational appearances at other shows and club meetings across the country.

Ellis first became a consultant to ICG in 1998 serving in that capacity until April of 2006 when he became a full time grader with ANACS, moving to ICG in January of this year when ANACS was sold. Ellis is also an accomplished numismatic writer having penned a column for "Numismatic News," served as editor of "Errorscope" and "Cherrypickers’ News," edited "Cherrypickers’ Guide to Rare Die Varieties, 4th Edition, Volume I" for which he received an NLG Award, penned numerous articles for several numismatic publications, contributed to dozens of numismatic publications and either wrote or contributed to many numismatic auction catalogs.

For his efforts on behalf of the numismatic community, Mike has been awarded the ANA’s "Glenn Smedly Award" and CONECA’s highest honor, the "Dr. Lyndon King Award." Mike can be emailed at: mike.ellis@dominiongrading.com.

DGS is a third‐party grading service founded in 2008. DGS offers a number of unique features including AuthentiView ™ and online Visual Population Report. Fees start as low as $10 per coin. Grading is conservative and accurate and problem coins (cleaned, scratch, etc) are certified with description listed on the holder. To request a sample DGS slab, please email service@dominiongrading.com, or call 1‐800‐277‐2646.