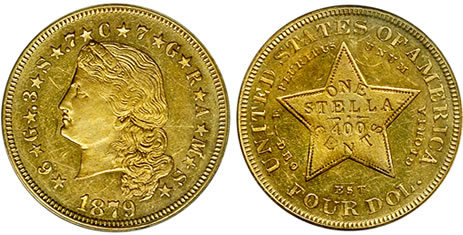 This special Friday auction featured an amazing selection of certified coins highlighted by another original hoard of PCGS Green Holders, including many Wells Fargo $20 pieces, auctioned alongside a variety of other extraordinary U.S. rarities certified by PCGS and NGC.

From this special selection, five exceptional coins realized in excess of $100,000 each: 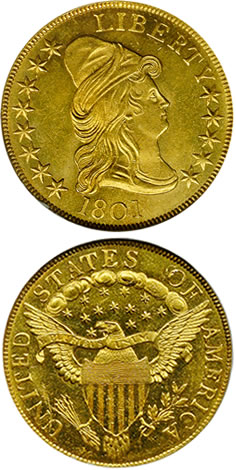 "This is simply unprecedented for Teletrade," said president Ian Russell, "two million-dollar sales in the same month, and an overall record month for the entire 22-year history of the company.

It is truly a testament to the direction of online auctions for Teletrade and for the industry as a whole, and I am thrilled to see Teletrade leading the way.

Over $4.75 million in online coin and currency sales in a single month is just incredible."

Russell attributes the success of the recent Friday auction to the exceptional selection of certified coins that were consigned, especially on the heels of the other million-dollar Teletrade auction on June 1, 2008.

Additionally, Teletrade made a concerted effort to bring these impressive coins to the biggest buyers in the industry, including a five-state lot viewing trip spearheaded by Russell himself, along with lot viewing at the Summer FUN 2008 Convention in Palm Beach in the days prior to the auction.

"These coins created their own buzz early on, and bringing them directly to the major buyers and enthusiasts was key to the overwhelming success of this auction." Russell added.

Visit www.teletrade.com for a complete listing of prices realized for Auction 2549 and previous.

Established in 1986, Teletrade is the largest and most active marketplace for certified coins and currency with more than 165,000 registered bidders and over 300,000 lots featured in our auction system each year. Teletrade offers 25,000 to 30,000 coin and currency lots each month in auctions held every Sunday, Monday and Wednesday, plus advertised special event sales on other days of the week. Visit www.teletrade.com for detailed information on auctions and prices realized, or call 800.949.2646 to speak to a representative.