Coin & Numismatic News The Penny Debate Continues – Why Keep It? 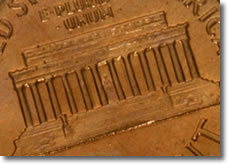 Is the demise of the Lincoln penny approaching? Public sentiments appears slightly shifted toward its continual survival and the penny is guaranteed to be around for the next several years. The newly designed pennies for 2009 celebrating the bicentennial birth of Lincoln will see to that by itself.

But is sentiment for the penny changing and moving toward its elimination?

While the House is debating changes to the composition of coinage in order to make coins like the penny and nickel once again profitable to mint, more focus is placed on whether the penny should be produced at all. Even the latest House hearing had congressman pondering the pennies’ continuation.

The 60 Minutes segment, Should We Make Cents?, and Secretary of the Treasury Henry M. Paulson’s comment in favor of eliminating the penny are further recent examples.

The CoinNews Inflation Calculator shows that it takes 21 pennies today to equal the buying power of the penny back in 1915. In 1960, 31 pennies could buy a gallon of gas. Now it would take several rolls for that one gallon.

Like it or not, given the trend of sentiment and inflation, it would seem the penny could be approaching borrowed time.

Here is an interesting editorial, Dump the penny, from the Chicago Tribune.

It seems to me that everyone’s missing a few important details. Pennies are used, every day. If they weren’t, you would never see one, just as I’ve never received a dollar coin from anybody. Interestingly enough, not only do I get pennies every day, I also find that they spend just as well as other coins, and often save time and trouble by allowing me to make exact change for a purchase. Sure, you could eliminate the penny and force everyone to round all prices up (they will of course never be rounded down) but then we as a nation… Read more »

I feel that it is time to abolish the penny. It is holding back our country’s monetary system. For those of you worried about rounding of prices being unfavourable to the consumer, jusst write the government requesting if it does happen round prices down. I try to use coins as often as possible, but I try to avoid pennies as often as possible. This is also the more of a hassle due to the quarter being the largest coin. I would like to see a new 5,10,20,50 cent and nickel sized one dollar coins being smaller and of a cheaper… Read more »

Time to dump the penny, and to be green legalize the smelting of pennies for scrap. Prices will end up being $*.95 instead of the lame $*.99 stupidity. Even if they round the total up (for the sales tax added), with $*.95 pricing standard you come out ahead.

And we could use a dollar coin.

Pull your pre-82 pennies now. when they do abolish the penney they and industry starts smelting them the ones that are left will be worth 10x face. This is your chance to be ahead of the curve. dont wait, start pulling copper pennies now.

The mints make what the banks order. The banks order and stock the coins their customers request to conduct commerce. This shows that cents are produced in response to the demands of the marketplace, so by definition, the cent coin is needed. During the worst recession in decades cent production did, in fact, drop precipitously (65% compared to 2008 mintages)as commerce slowed and people increased the national inventory of circulating coins by digging out old coin jars and reintroducing long-impounded coins, likely mostly pennies, back into circulation. Five and a half billion cents coined in 2008 down to two and… Read more »

Although the penny has almost no purchasing power, charities around the world depend on penny drives to raise money. If we rounded everything to the nickel, people would be more reluctant to toss loose change in the charity jar.
The penny is also one of our most tangible everyday reminders of Lincolns significance in our history. Don’t be suprised when pro-penny sentimentalists resists the pennnys retirment– Americans will always be traditionalists.

Another item missing from the discussion is that the countries that have successfully eliminated their low-denomination coins (a) don’t have sales taxes and (b) have more centralized governments that can enforce fair-rounding rules. The US has a crazy quilt of state, regional, and local sales taxes that would be difficult to administer equitably in the absence of a low-denomination coin. Yes, it would probably all even out at the end of the year, but there would be inevitable distortions due to an item’s price being rounded down in one community and rounded up in another caused by a minor difference… Read more »

The penny will always be needed as a place marker. The only problem we have is what to make that marker with. Look at the huge size difference of the large pennies of the mid ninteenth century to the smaller ones of today. The larger the population spending money is, the cheaper the metal seems to get. I just hope it stays copper colored.

I fully support eliminating the penny from circulation. The mint could still produce it in collector sets, but as a coin of general circulation, it is virtually worthless. It is rarely used in a monetary transaction, regardless of those FEW who argue so. It costs the government time and money to produce, transport and sort. Not to mention the price of zinc has exceeded the price of a penny. I dont need to quote actual figures, they are well known. There is a sentimental value, but really? The penny is a dead weight anchor for this modern society to move… Read more »