"One of the Most Popular of all Registry Sets"

(Santa Ana, California) — The PCGS Set Registry all-time number one finest set of modern U.S. proof coins from 1968 to the present will be exhibited by Professional Coin Grading Service during the Florida United Numismatists (FUN) convention (booth #138) in Orlando, January 10 – 13, 2008.

“The 361-coin set carries an incredible weighted grade point average of 70.22 out of a possible 70.28, and has been ranked the top set of its kind the past three years,” said BJ Searls, PCGS Set Registry Manager.

Known as the Erasmus Hall Collection, it was assembled by New York City physician and medical school professor, Dr. Lawrence S. Brown Jr., who says he owes his coin collecting passion to his love of history. 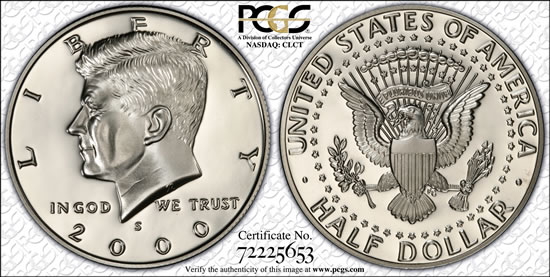 “This is one of the most popular of all the Registry Sets. It’s a panorama of modern proof coins ranging from Lincoln cents to Presidential dollars as well as the clad and silver versions of the statehood quarter dollars. The vast majority of these coins are easy to obtain, but it’s a challenge to find them in top condition,” explained Searls.

Every coin in the collection is certified as Deep Cameo, and 309 are certified PCGS PR-70 Deep Cameo. Nearly all the coins are the highest graded for their date. 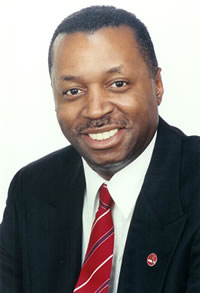 Raised in the Brownsville section of Brooklyn, Dr. Brown became aware of coin collecting at the age of 12 when he was bused to a school in another neighborhood. A classmate brought a coin album to class, and that’s when his interest in numismatics began.

“I love the beauty of coins and I’m especially interested in the history behind the coins. I not only like to learn about the person depicted, but the engraver as well, who I think is just as important,” Dr. Brown explained.

He graduated from the well-known Erasmus Hall High School in Brooklyn in 1969, and has named his collection in honor of the school which opened in 1786 and was named after Dutch scholar, Desiderius Erasmus.

Among his professional duties, Dr. Brown is a Clinical Associate Professor of Public Health at Cornell University Medical College in New York City and serves as Senior Vice President at the Addiction Research and Treatment Corporation in Brooklyn. He was awarded a Bronze Star for his meritorious U.S. Army service during the Vietnam War.

Highlights of the collection that will be displayed by PCGS at the FUN convention include the following coins, all graded PCGS PR-70 DC:

Searls said Dr. Brown’s favorite coins are not necessarily the rarest in his collection, but are coins that hold special meaning for him. For example, his 1949-D Full Band Roosevelt dime and 1949-S Full Step Jefferson nickel were minted the year he was born. He also is partial to his Kennedy half dollars because of his admiration for President John F. Kennedy.

“My favorite series is the Jefferson nickel because of the history behind the coin. Just look at the phenomenal effort put forth by the Virginia (Congressional) delegates to keep their ‘favorite son’ on the coin. I find all the controversy about the change of a coin’s design, fascinating,” said Dr. Brown.

“I really don’t collect for profit. I’m a pure collector. I am thankful for my loving wife, Faith, in supporting my pursuit of my hobby.”

Searls said Dr. Brown uses the online Set Registry program as a way to catalog his coins and watch the progress he’s making in building his collection. He currently has 120 sets registered and many of them are 100 percent complete and the finest ranked in their categories.

The free, interactive PCGS Set RegistrySM program was established in 2001 and now includes more than 30,600 sets. In addition to every major U.S. coin series, the registry also has categories for British, Canadian, Euro, German, Philippines and Japanese coins.

PCGS is a division of Collectors Universe, Inc., (NASDAQ: CLCT).