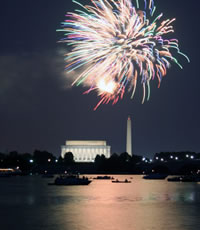 His gifts? They’re already in the works – hundreds of millions in new cents and up to 500,000 commemorative silver dollars.

Similar to the state commemorative quarters and Presidential $1 Coins, the Lincoln cent is getting a redesign.

Four cents – each with a different theme and release date – will start flowing into your pocket change in early 2009.

The new commemorative silver dollars are being designed for coin collectors, which happens to be many in the public these days. Those will be minted in 2009 as well.

Why wait until 2009? That’s the 200th anniversary year, the Bicentennial, of Lincoln’s birth.

Proposed cent redesigns have already been made and voted upon. Now it’s time for the silver dollar designs to get a thumbs up or down.

The Citizens Coinage Advisory Committee (CCAC), who advises the powers that be on recommended designs, will hold a public meeting November 13.

In that meeting they’ll follow the Abraham Lincoln Commemorative Coin Act in reviewing the proposed silver coin designs and then make their recommendations.

If you’re in the neighborhood, you can attend. The Lincoln coin designs are to be reviewed November 13 at 9:00 a.m. (ET). The location:

If you plan on participating in the meeting, it’s advised to call 202-354-7502 for updated information on meeting time and location.

i am looking to buy the complete 4 roll collection of the 2009 lincoln early years pennies do you know where I can get them?