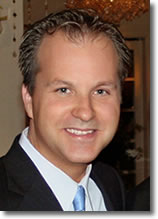 (Mandeville, Louisiana) – Nationally-known rare coin dealer Paul Hollis, 36, of Mandeville, Louisiana will formally announce his candidacy for the Republican Party’s nomination for the United States Senate on May 12.  A number of prominent numismatists are on his campaign committee, such as John Albanese, Jeff Garrett, Paul Montgomery and Douglas Winter.

Hollis began collecting coins at the age of six after receiving a Peace dollar from his grandmother.  In recent years, millions of viewers watched him on air when he hosted “The Coin Vault” television program on the Shop at Home network, and he also is known by many collectors and dealers from his earlier work as chief numismatist at Blanchard and Company in New Orleans.

A political science graduate of Louisiana State University, he is the owner of Paul Hollis Rare Coins in Mandeville, Louisiana.  In addition to rare U.S. numismatic items, he specializes in ancient coins that circulated during the lifetime of Jesus Christ.

In a blaze of actions and to get home for the holidays, the Senate and House tossed together a several hundred page bill named, The Consolidated Appropriations Act, 2008. The bill has been given to the President and while there's no guarantee, the signing of it seems likely.

Even with the latest and greatest computer, the digital document takes seconds to load. Reading it in its entirety... well, that's hours of tedium. Thanks to modern search tools, quicker inspection is possible. And upon review, the bill contains a few nuggets of interest for coin collectors.

SEC. 622 amends the law to include six more "state" quarters in 2009. The word, state, is in quotes as the new quarters are really for districts and territories. To cut to the chase, the six new quarters are for:

Two weeks back CoinNews wrote an article on how the Presidential $1 Coin Act of 2005 stated that vending machines by 2008 must be...
Read more