Up following two straight losses which brought prices down from their previous, nearly nine-month high, gold for February delivery tacked on $16.90, or 0.9%, to settle at $1,923.90 an ounce on the Comex division of the New York Mercantile Exchange. The settlement was gold’s best since it ended at $1,934.30 an ounce on April 22.

"The U.S. dollar is weakening and that’s one of the reasons why we’re seeing the rally in gold, which I think is going to just accelerate from here."

Published United States Mint bullion sales were unchanged for a second straight day. Below is a sales breakdown of U.S. Mint bullion products with columns listing the number of coins sold during varying periods.

There is a truly extraordinary and inescapable irony in the current trend of the flight from cash to gold. While the dollar continues to slide the price of gold goes up correspondingly, so the reality we are faced with is that ever-less-valuable dollars are now having to pursue ever-more-expensive gold. Clearly, unless one has access to very large sums of cash the situation is one akin to a hamster running on a treadmill.

You get the idea! 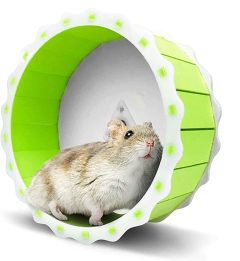 I must say I love that representation of the average American consumer and the fact that’s it’s perhaps not too far off from the position that more than a few of us here on CoinNews.com may, especially of late, more often than not find ourselves in. By the way, I had a further thought about the previously mentioned “using the cheap dollar to purchase pricey gold” scenario. It is that those who can afford to make that kind of transaction don’t in fact really even have a need to engage in it since they would more than likely have enough… Read more » 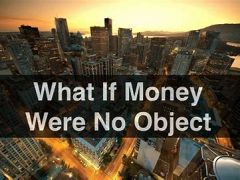 But those nice, collectable (desirable) old coins are nice to own for their own sakes. I’m more modest in my collecting requirements. Although, I’m looking forward to the Morgan and Peace dollars coming out this year. That’s what causes me to salivate.

I feel it’s a gift to be able to be happy with less. The benefit of this line of thinking is that whatever extra comes your way is frosting on the cake.