Gold for December delivery settled flat at $1,720.80 an ounce on the Comex division of the New York Mercantile Exchange.

"We’re essentially just holding as we have a big jobs report tomorrow and then some inflation data next week … those would be two major data points to determine the next leg here for gold, looking forward to the next Fed meeting," Reuters quoted Ryan McKay, commodity strategist at TD Securities.

On Friday, the U.S. Labor Department will publish their jobs report for September.

Like a classic car, a fine wine or a toned coin, the legendary Ms. Morgan has aged. 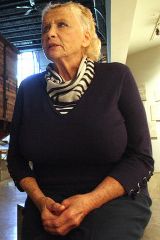