The Royal Mint has today unveiled the official coin effigy of His Majesty King Charles III. The first coins to bear The King’s portrait are a special £5 Crown and 50 pence commemorating the life and legacy of Her Late Majesty Queen Elizabeth II.

The King’s effigy has been created by renowned British sculptor Martin Jennings, and has been personally approved by His Majesty.

In keeping with tradition, The King’s portrait faces to the left, the opposite direction to Queen Elizabeth II. The Latin inscription surrounding the effigy reads "• CHARLES III • D • G • REX • F • D • 5 POUNDS • 2022" which translates to ‘King Charles III, by the Grace of God, Defender of the Faith’.

The effigy will start to appear on circulating and commemorative coins produced by The Royal Mint over the coming months.

The reverse of the commemorative £5 coin features two new portraits of Queen Elizabeth II. The design was created by artist John Bergdahl in collaboration with The Royal Mint. It will form part of a wider memorial coin collection, which will include a 50p released into general circulation in the UK.

The reverse of the 50 pence features a design that originally appeared on the 1953 Coronation Crown. It was struck to commemorate Queen Elizabeth II’s coronation at Westminster Abbey, and includes the four quarters of the Royal Arms depicted within a shield. In between each shield is an emblem of the home nations; a rose, a thistle, a shamrock and a leek.

The Royal Mint has depicted Britain’s Royal Family on coins for over 1,100 years, documenting each monarch since Alfred the Great. Based in Llantrisant South Wales, it continues to make the official coinage of Britain as well as offering commemorative and historic coins, precious metal investment and jewellery.

Anne Jessopp, Chief Executive Officer of The Royal Mint, said: "The Royal Mint has been trusted to make coins bearing the Monarch’s effigy for over 1,100 years and we are proud to continue this tradition into the reign of King Charles III. Although technology has progressed, we continue to honour British craftsmanship passed down through the centuries. Our team of skilled modellers, tool makers and engravers will ensure that The King’s effigy will be faithfully replicated onto millions of coins

"Her Late Majesty ruled with heart and devotion for seventy years, and this memorial collection commemorates her remarkable legacy as Britain’s longest serving monarch. To ensure everyone can hold a piece of history in their hand, the 50p will also enter circulation in the UK."

Martin Jennings, Designer of His Majesty King Charles III’s effigy, said: "It is a privilege to sculpt the first official effigy of His Majesty and to receive his personal approval for the design. The portrait was sculpted from a photograph of The King, and was inspired by the iconic effigies that have graced Britain’s coins over the centuries. It is the smallest work I have created, but it  is humbling to know it will be seen and held by people around the world for centuries to come."

Dr Kevin Clancy, Director of The Royal Mint Museum, said: "Her Late Majesty Queen Elizabeth II has graced more coins than any other British monarch in a reign that lasted for 70 years. As we move from the Elizabethan to the Carolean era it represents the biggest change to Britain’s coinage in decades, and the first time that many people will have seen a different effigy. Over the coming years it will become common for people to find coins bearing His Majesty and Queen Elizabeth II’s effigy in their change, engaging new generations in the story of Britain’s Royal Family."

All UK coins bearing the effigy of Her Late Majesty Queen Elizabeth II will remain legal tender and in active circulation. Historically it has been commonplace for coins featuring the effigies of different monarchs to co-circulate. This ensures a smooth transition, with minimal environmental impact and cost.

There are approximately 27 billion coins currently circulating in the UK bearing the effigy of Queen Elizabeth II. These will be replaced over time as they become damaged or worn and to meet demand for additional coins.

The Royal Mint will release the memorial coin range to commemorate the life and legacy of Her Late Majesty Queen Elizabeth II on Monday 3rd October at 9am UK time, via www.royalmint.com

I now understand how it is that Charles III coins came into existence so unusually quickly; the first three bearing his effigy are in fact Queen Elizabeth II memorial coins.

Not bad but I broke the story first. lol.
Yes, that’s true, but only the first two, the 50 pence has the reverse of the Crown from Queen Elizabeth II coronation but are legitimately King Charles III own.

Actually, Antonio, it was thanks to your previous news flash that I looked into the whole Charles III coin situation. I was more than a bit perplexed since what I had been reading earlier seemed to indicate that no King Charles coinage would appear prior to 2023; this quite obviously turned out to not be the case after all.

Antonio and Kaiser, live and on the scene with the latest breaking stories!

And now (once again) I’m compelled to contradict and correct myself. According to the latest bulletin from the Royal Mint no Charles III coinage as such will be released until the dawn of the New Year. Any coins with the new King’s visage on it are designated as memorial coinage for the late Queen.

I received a roll of Nina Otero-Warren AWQs from my bank today. They look nice.

Most excellent acquisition, Antonio! The Coin Gods smile upon you.

Is that Zeus? By Zeus!

By Zeus, Antonio, it is! I salute your powers of detection.

They’re for sale now if you want them.

Do I really need the Force when I already have the Schwartz?

It’s the postage that bites me with these coins.

Do they charge a VAT too?

I believe VAT is charged to European purchasers only, but I could be wrong.

The way I’ve always understood it is that VAT is charged universally but if your circumstances exclude it you may apply for a refund after completion of the purchase.

International postage has never been a cheap proposition, and with the weight of the coins enclosed that price shoots right up.

I took a chance and ordered a BU 50 pence and 1 Crown which I shall receive in a fortnight.

I stand corrected, may take up to 16 weeks to arrive. My bad.

Actually, that isn’t any longer than the US Mint’s “Pre-Orders”.

I expect the packaging of the coins will be superior to that of US Mint products. Then next year, I’ll add their other coins, unc or pf to these ones.

To paraphrase the title of an admittedly obscure but great old cult movie, “Antonio The Collector…The British Adventure Begins!” 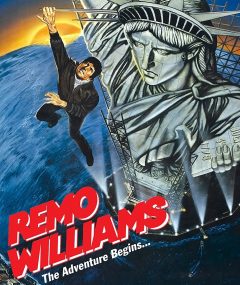 Oh no, I’ve been buying UK coins for years, I don’t buy them every year though. I’ve got coins which came in a cherry wood box with felt lining. Something I doubt the US Mint will provide, unless it’s for platinum or palladium coins. I wouldn’t know, they’re out of my price range.

Well good for you then, Antonio, as you’re clearly ahead of the game! As for cherry wood boxes, I rather doubt we’ll be seeing those as the holders of any of our future US Mint purchases.

Then again, perhaps the indomitable Copiously Caffeinated Mike “No One Else In The World Has This Coin” Mezack is still hawking his red oak boxes, so there might still be a source. 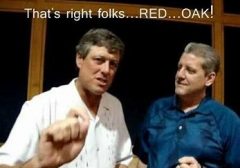