Gold and silver gained on Wednesday while platinum and palladium declined. Increases for the pair of metals were their first in three sessions. Both advanced further in after-hours trade when the Fed announced another hike in interest rates.

On Wednesday following a two-day monetary policy meeting, the Fed’s FOMC raised the benchmark federal-funds rate by 0.75% — the third such increase in a row — to a range between 3.0% and 3.25%.

"The yellow metal is seeing a ‘relief rally’ after the FOMC meeting statement with no major surprises, an as-expected interest rate increase and Fed Chair Powell’s press conference comments were not deemed more hawkish than the marketplace expected … The metals bulls were further encouraged late this afternoon as the U.S. dollar index backed well down from its daily high," Jim Wyckoff, a senior analyst at Kitco Inc, said in a daily research note.

Yes! About time. My saving account will earn .75% more interest.

Antonio,
Since you’ve already shared the good news with us here it’s up to me to deliver the not so good news, which is that the average US credit card interest rate is now at 18.1%. 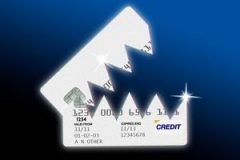 This week’s dump of 408,000 2022 American Eagle 1 oz Silver Bullion coins brings the yearly total sales (mintage) to 13,239,500 coins, which supposedly is not meeting public demand for American Silver Eagles. Further more, according to Coin World (9/21/2022), the premiums paid on silver American Eagle bullion coins are multiples of those being charged on silver bullion issues from other nations. Recent premiums being paid for the American Eagle 1-ounce .999 fine silver bullion dollar coins are currently at around $14.90, up sharply from the prior premiums at $4.80 above the spot price of silver (for example, with silver… Read more »

Good Sir Rich, Let’s read between the lines here a bit. The Mint’s Authorized Purchasers are putting forth the excuse of a shortage of the Bullion American Silver Eagle supply as being the reason for their current multiplying of the premium they charge dealers, and the dealers are then using the excuse of the higher wholesale prices they are being charged as the reason for the major increase in their retail prices to the tune of about $10.00 per ounce. Therefore, when this is all said and done, anyone wishing to protect their financial assets from the effects of ongoing… Read more »

what a silver eagle mess out there. I have noticed that some dealers are offering higher prices to buy back random eagles. I wonder if a shortage is developing for eagles only. Definitely a demand for them out there vs other offerings from Austria, Canada, Australia etc. Curious to say the least!! ASE price vs paper price definitely separating.
Enjoy the ride.

Those are some very interesting and definitely intriguing points there. Perhaps much as the US Dollar remains the financial world’s go-to currency so also has the Bullion American Silver Eagle become the international investment coin of choice. With unusually large numbers of said coins in rather fierce demand these days, it’s likely safe to say this is yet another sign of the hand of the extremely wealthy at work, much as is evidenced by the otherwise curious fact that luxury items now comprise the sole retail sector going against the prevailing tide and experiencing substantial sales growth.