Stack’s Bowers Galleries (StacksBowers.com) is honored to announce that they have been awarded a contract from the United States Mint (usmint.gov) to auction the 2021 American Eagle at Dusk and at Dawn 35th Anniversary coins as part of the firm’s Summer 2022 Global Showcase Auction.

The United States Mint was established by the Coinage Act of April 2, 1792 and has served as a crucial foundation to the American economy for 230 years.

Stack’s Bowers Galleries was founded in New York City in 1933 and has built a reputation as America’s leading auctioneer of rare coins over the past century, handing some of the greatest rarities and most valuable collections ever sold. Together, these entities will present the 35th Anniversary American Eagle at Dusk and at Dawn coins to collectors at auction this summer. In recognition of this historic offering, Stack’s Bowers Galleries will also waive the Buyer’s Premium on these 35th Anniversary coins, meaning that the highest bid on each lot (the hammer price) will be the final amount paid by the winning bidder, excluding any applicable sales tax and shipping fees.

Launched in 1986, the American Eagle Bullion Coin series has become one of the most popular and successful modern issues produced by any of the world’s mints. Prized by both bullion investors and numismatic collectors, the America Eagle series is considered the United States Mint’s signature product and offers an homage to the greatest U.S. coin designs of the 20th century.

To celebrate the 35th anniversary of the series, new reverse designs for the silver and gold eagles were released in April 2021, and the transition between the classic and new designs was commemorated in a striking ceremony at the West Point Mint. During this ceremony, then-Director of the Mint David Ryder personally operated the presses to produce the final 500 coins each of the classic gold and silver 1 ounce coins and the first 500 coins each of the new gold and silver 1 ounce coins.

The first coins struck of the new designs will be paired with the final coins struck of the classic design and this pairing format will be maintained with all sets. Each of these four-coin sets will also be accompanied by a numbered Certificate of Authenticity issued by the United States Mint.

Similar two-coin sets will be offered featuring one each of the classic and new designs in gold or silver. These two-coin sets maintain the same paired striking order as the four-coin sets and are ideal for collectors focusing solely on either the American Gold Eagle or American Silver Eagle series.

Select coins of particular significance will be offered individually, including the very first and last coins struck of each type.

Each coin will also be graded and encapsulated by the leading grading services NGC and PCGS with custom labels to recognize their historic significance.

This partnership represents the very first time the United States Mint has selected a third-party auctioneer to present a special coin release to collectors, and Stack’s Bowers Galleries is honored to have been chosen for this inaugural offering. Only once before had the Mint entered a similar arrangement over their entire history — the July 2002 sale.

They got your 6 Bro – looking out for your best interests – you are their number 1 customer https://www.youtube.com/watch?v=6fQe_ZfB66s 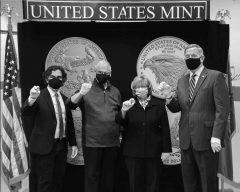 Those are the Ryder “Self-Struck” Coins that I, and most of you probably suspected, have NGC and BlackStone written are all over this sham.

I didn’t see anywhere in the Legislation “Law” to Mint these where it said NGC was allowed to bribe the Director of the US Mint to personally strike coins and then let NGC be the exclusive Grader (PCGS is NGC Puppet) and partner in selling at inflated auction prices with Stacks. 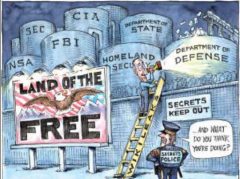 No malarkey! The Mint is in the business of making money (no pun intended). 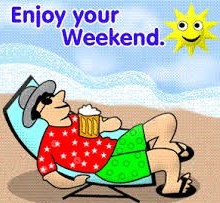 No qualms with that. 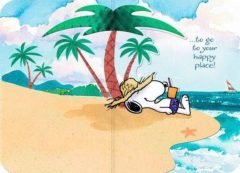 Thanks for all the kind words Sir Kaiser,

It’s been said “a photo is worth a million words” and this one is no exception – so I’m just going to admire it for a while before the bad censor-man cometh and take it away https://www.youtube.com/watch?v=CD-E-LDc384 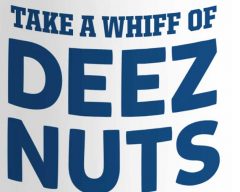 Understand using an auction house. They will advertise to the wider public (although Mint could do that too but will cost them money to do). Pleased to see they’re waiving the buyer’s premium so only paying the hammer price.

US Government uses auction houses to sell other items they’re in possession – notably seized goods from Justice or IRS.

I have a brand new, shiny penny I’m willing to auction off to anyone who’s interested. Bidding starts at $1000. 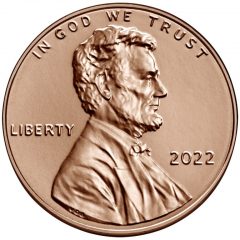 Need some advice from the experts here. Closer inspection of the colorized Purple Heart coin in the capsule revealed a dot over the “O” of “Killed in Action” on the obverse. The problem doesn’t appear to be the coin capsule but the coin itself. I don’t know if the origin was water, a cough/sneeze, a tiny drop of taco sauce or something else at the mint. The only other time I can remember such a thing was on the silver medal in the 1993 Philadelphia Set. There the stain proceeded to turn into what looks like rust. I’m scared if… Read more »

You guys never post pictures so your talking to the wind – However, I will put mine under the microscope later and report back if I have the same or any other issues

Credit or blame my wife for this photo. The offending spot appears to have an faint orange tint. 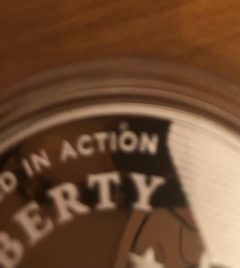 Nobody to blame – photographing coins is one of the most difficult tasks – I been doing it for decades and still can’t get a good one. YES you definitely have something out of the ordinary there – have you tried opening the capsule and blowing on the spot? I know it sounds weird but if it’s a metal flake or dust it will disappear but I can’t make out what it is on the photo. Most often it’s a clear chip from a lens or capsule from the manufacturing process. The other thing is you might have a genuine… Read more »

I took your advice. It’s definitely not a metal flake or dust. I did gently rub it with the corner of the COA and it appeared to improve the spot but I worried I’d end up scratching the mirrored surface. Is there anything that can be used to “buff” the surface without causing additional problems?

In my opinion you did all the right things – any other contact would likely only make matters worse. I clean recovery coins because they can’t be identified until cleaned but to try any of those methods on a proof coin are not recommended. If it’s going to bother the hell out of you – I would look to Feebay where they are going for over $200 and just double your money and move on to another coin. One last thing, back in 2013-2015 the Mint actually produced extra coins with each run so someone in your situation could exchange… Read more »

Thanks for the advice. I suspect I’ll keep the coin. I think it would be too much hassle to try to return it and find another. Here’s to warts! Casual observation here – these problems seem to happen with silver coins. I don’t think I’ve ever seen scuffs, spots, pits, scratches, smudges, etc. on gold, platinum or palladium proof coins. Is there something about silver that induces such imperfections? I know the dollar proofs generally have a larger surface that can be affected. Also, I wonder if because of higher mintages, silver coins get less inspection and quality control. What… Read more »

I’m afraid your training will require you to master both disciplines to join our club https://www.youtube.com/watch?v=tTq6Tofmo7E

Ah, that is the dilemma … plus given my track record with the Mint getting Loyalty shipping refunded, I’m not sure I wouldn’t be fighting with them for months over the return postage, return and refund. As I’ve said before, I have a love/hate relationship with the mint. I love the coins (when done right). I hate dealing with them.

Worst case scenario they are going for over $200.00 on Feebay – double your money but no coin afterward 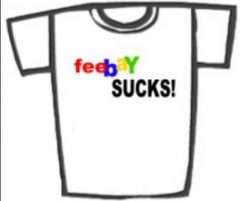 Buy imitations from no one else. 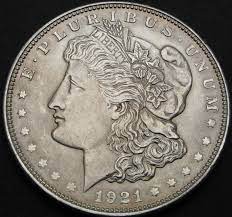 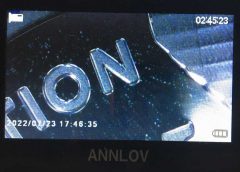 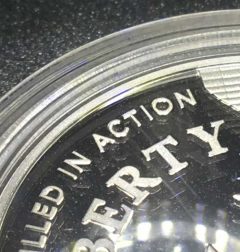 I’m afraid it’s on loan to another star system https://www.youtube.com/watch?v=zYz0vHldmKo 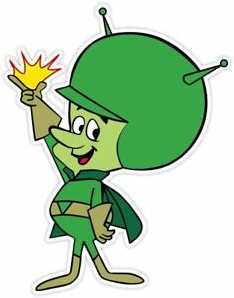 Wow, I wish I had that kind of clarity!

Senza: Doubling on the letters E & R or reflection?

And this has to do with the auction of 35th anniversary at dawn and at dusk ASEs how?

Antonio: Not my post but that’s ok you’ll figure it out. 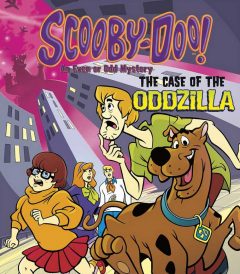 Enigmas and multiple personalities. What a combo. Lol

A lot of reflection from the capsule,

My US Marines 2.5 ounce Medal arrived today and it’s a mess – the Mint really screwed it up as usual but it’s a genuine US Mint error so I like it.

That medal has to be scrutinized from every angle. A lot of action on the obverse.

From the 11 o’clock to the 3 o’clock position obverse there is an extra 1/8 inch of rim and the capsule won’t close – I’ll try and do a photo – you won’t believe it until you see it. 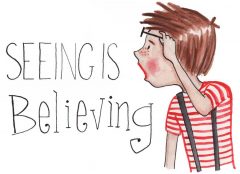 It’s also curved at the top like a baseball or basketball coin – I wonder; if I get it authenticated will it even fit into a slab…. 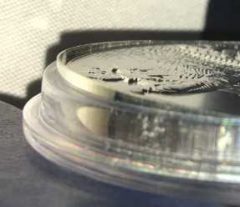 That is extreme. I thought you were joking about this medal but this is a major error that should not have been released. Congratulations on what is probably a one of a kind.

I expect this from the Mint yet I’m still surprised https://www.youtube.com/watch?v=lOfZLb33uCg

One thing you said seems to be playing out; I’m either on that special list or perhaps there are many more of these out there. The 2nd coolest part about all of this is that it sold very quickly for $1250.00 The most coolest part was all the NGC Aholes who contacted me and said I would never get $1250.00 and the cheap Bastards made offers as low as $200.00. Taking NGC down is on my bucket list! Seeing the faces of all the fools who have graded coins when those coins are deemed worthless will just be icing in… Read more » 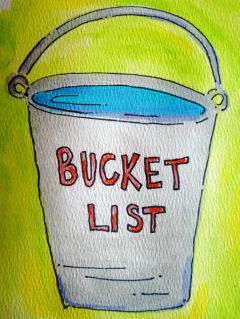 In my opinion, their grading is suspect lately. A saw a coin at auction graded AU55 and I could swear it didn’t pass for anything higher then a VF. I don’t know what their standard is but it isn’t high.

They are too busy grading monster boxes of bullion strikes to care.

When I initially listed it on Feebay I was going to ask $3,000.00 and let potential buyers make offers.

BUT, I got a popup from Feebay stating: no coin can be listed for more than $2500.00 unless it is graded by an approved grading company and they named NGC and PCGS. 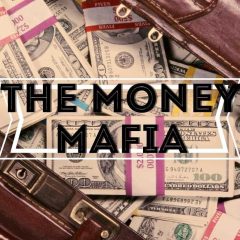 But I was counting on you 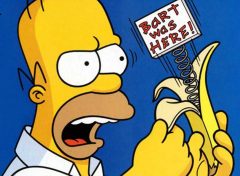