On Friday and for a second straight session, precious metals moved in same direction — higher — and with similar intensity — slight gains for gold and silver and robust gains for platinum and palladium. Despite their advances, gold and silver extended their weekly losses to four in a row.

Registering a second day of increases following six straight losses, gold for August delivery rose $2.60, or 0.2%, to settle at $1,742.30 an ounce on the Comex division of the New York Mercantile Exchange.

"This week 15 Wall Street analysts participated in Kitco News’ gold survey. Among the participants, six analysts, or 40%, we’re bullish on gold in the near term. At the same time, five analysts, or 33%, were bearish on gold, and four analysts, or 27%, were neutral on the precious metal next week.

Logging a third day of increases following five straight losses, silver for September delivery edged up 4.8 cents, or 0.3%, to settle at $19.236 an ounce.

Yesterday (July 7th) all the gold and silver Purple Heart commemorative coins suddenly and unexpectedly became “Not Available” after only being available for pre-sale ordering for about 4 months. Based on the reported sales figures, sales have been somewhat lack luster and well below their mintage limits (across all products). Today, the 2023 Morgan and Peace Silver Dollars became available for Enrollment ordering with HOL = 3 for all 5 Enrollments. Compared to the 2021 Silver Dollars, the prices are lower and the mintage limits are higher for the 2023 Dollars. The 2023(P) Morgan and Peace Silver Dollar Uncirculated Coin… Read more »

Major D, many thanks for the timely update on the National Purple Heart Commemoratives. It made no cents that they went “not available” on Thursday, so early in the year after launch and still in the pre-sale mode. BTW, on Wednesday the price dropped $12.50 for the gold proof and uncirculated NPH coins, as well as the Negro Leagues Baseball gold coins. You sure have an Eagle Eye for spotting things Mint wise.
One of my favorite Ben Franklin quotes is, “Some people are weather wise, but most are otherwise.”

I prefer the Peace Dollar and signed up to receive the maximum of my “preciouses”. Either way, these may be a good item for the future (a.k.a. retirement). Time will tell. My only regret is I didn’t order 3 of the 2021 Peace Dollars. I wasn’t impressed with the Morgans. I prefer the original, pre-1921 coins. Then again, I never really cared for the Morgan Dollars. The Seated Liberty and Peace Dollars are my interests. The Flowing Hair and Draped Bust are beyond my price range. 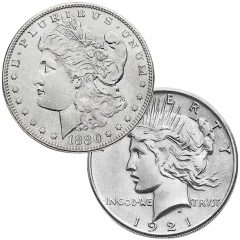 Wow, they keep pushing out the expected in stock shipping date for the National Purple Heart Commemorative coins. The original expected shipping date was June 8, then it was June 29, and then July 13, and now its moved all the way to October 10. With a whopping 8 month time delay from when they first went on pre-sale in February to finally being delivered in October, the Mint should expect thousands of cancellations and returns since the thrill for these coins will be gone by October and the credit card glitches will be highly problematic. What the heck is… Read more » 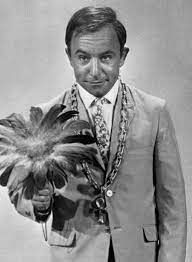 I posted this chart in another thread. Fits better here. Both silver and gold have failed key price levels – https://www.coinnews.net/2022/07/01/2023-morgan-and-peace-silver-dollars-in-reverse-proof-proof-and-uncirculated/#comment-511006

I don’t know if we have any technical chart readers here so I post mine a bit more user friendly but yours is a beauty – do I detect of touch of Fibonocci! Since all the shenanigans began around the $12 range I have no doubt your $13.80 is attainable – the manipulators never fully duplicate their actions as that would be too easy for us sheep to predict their next moves and giving all that much more credence to your $13.80. As I mentioned in another thread, aside from the the CPH and the upcoming ASE (S) physical silver… Read more » 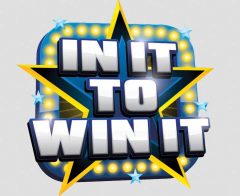 Sir Honorable Wise Kaiser, I do make purchases based on today’s price, too. One example, if silver heads toward $13-14 an ounce or so, (which the charts tell me is possible), I’ll circle the big bullion outfits and wait. I mean, APMEX, JM Bullion, etc. will lower prices, right? Right now, a 2022 AE (BU) is ~$16 over spot. Really?! Same for U.S. Mint AE prices. Too high this year. I do this on individual coins, as well. Silver, gold, 1909-S VDB, etc. Patience is difficult. But I circle as long as I can to get a reasonably fair entry… Read more »

Do or do not. There is no try.

What are you guys smoking 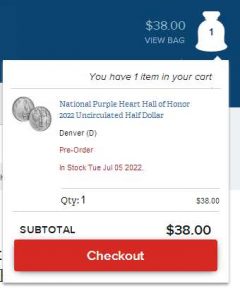 I think your a classic example of why America is allegedly split down the middle – I provide concrete proof and your still in complete denial and want to argue what can’t be argued.

As to why I come here; for the exchange of meaningful information, to expose the Coin Mafia and spread awareness that Silver does not cost $73 an ounce in the real World; only inside the fantasy known as the US Mint AND most of all, I just enjoy the company. https://www.youtube.com/watch?v=vPQgfaB3S1c 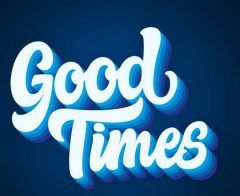 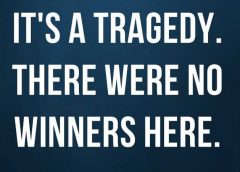 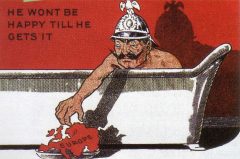 No Argument from me

Not Plan 9 From Outer Space?

If only we had heeded the early warnings 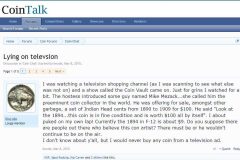 Not counting all those other times by Uncle Same. But who’s counting?

The US Mint has once again reduced the HOL on the American Women Quarters 3 Roll-Set Enrollment.
The new number is 3 sets per household via enrollments – down from four for the previous release and 5 for Sally Ride – I do not know if there were limits on Maya Angelou – if you know feel free to share.
What does this mean? More sets for US Mint Dealers and less for collector’s unless you want to pay the Dealers inflated prices.

Images are disappearing on this thread and shortly after I clicked on your video – did you jinx me Kaiser – I’m also getting flooded with ads on top of ads like I have never seen before WTF. Someone is using an adblocker or BOT that is adjusted tooooooooooo strong

Elvis has left the tank.

Good news, the Mint fixed the problem with all Accounts’ “My Product Enrollments” and “Order History” this morning.

Sir Kaiser, the problem with posting and displaying images (memes) is only affecting this Coin News report and comment section. All other threads are unaffected.

With different dates and mint marks, where applicable. There are always the Austrian bullion coins, as an option.

Signed up for all the Morgan and Peace Dollars thru the Enrollment Program. I maxed out for 3 of each offering knowing I can always reduce the quantity at a later date. Personally, I’m going to focus on collecting the Morgans and Peace Dollars instead of the ‘turkey winged’ ASE. I can’t fathom how or why the Mint would price these coins now considering the volatile environment silver is in currently. If silver does indeed drop to $14-$16 an ounce, will anyone still want to pay $67 for the Uncirculated coins?