On Wednesday, and for a second straight session, platinum and palladium gained while gold and silver declined. Gold’s loss was its third in a row. The yellow metal also posted a new, just over two-week low. Silver, meanwhile, logged an almost two-year low.

Gold for August delivery declined $3.70, or 0.2%, to settle at $1,817.50 an ounce on the Comex division of the New York Mercantile Exchange. The settlement was the weakest since June 14.

"Technically,August gold futures prices scored a mildly bearish ‘outside day’ down on the daily bar chart today. Bears have the overall near-term technical advantage. However, the recent sideways and choppy trading action at lower price levels is suggesting a market bottom is in place,” Jim Wyckoff, a senior analyst at Kitco Inc, said in a daily research note.

Can’t beat the Dollar so maybe Gold should join the Dollar and together they shine on your First-On-Thread victory Rich, your really taking care of business https://www.youtube.com/watch?v=ybtl9qVFAjc

Thanks for the First-On-Thread, SENZA. Right on about the Mighty Dollar, and I love to work at nothing all day…

Attention there is now a new Thread available 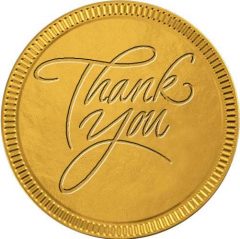