A 1913 Liberty Nickel certified by Numismatic Guaranty Company (NGC) — known as the Hawaii Five-O coin — has realized over $4 million in a private sale, one of the highest prices ever paid for a coin. The private sale conducted by Stack’s Bowers was the 14th time that an NGC-certified coin realized over $1 million this year alone.

Only five examples of the 1913 Liberty Nickel exist, none of which were officially authorized. Their origins remain shrouded in mystery, but there is no doubt that they stand at the pinnacle of numismatics today. At one point, "Colonel" E.H.R. Green acquired all five, but two are now enshrined in museum collections.

This example is graded NGC PF 64+ and displays "The Hawaii Five-O Coin" pedigree. That police procedural featured the ultra-rarity in a 1973 episode titled "The $100,000 Nickel," which helped increase the public’s appreciation for coin collecting. NGC certified the famous nickel in 2004.

"None of the 51 million coins certified by NGC has captured the public interest quite like this one," said Mark Salzberg, NGC Chairman. "NGC is proud of its long history of certifying exceptional numismatic rarities like this."

The coin was displayed by Stack’s Bowers at the Long Beach Expo in October 2021. The auction house announced the sale on November 8.

The numismatic world has seen seven-digit coin sales occur at a frenzied pace this year. In January, an NGC-certified 1787 Brasher Doubloon realized $9.36 million, an auction record for any gold coin at the time. In October, an NGC-certified Great Britain 1937 Edward VIII Gold Pattern 5 Sovereign realized over $2.4 million, a record for any English coin sold at auction.

To see the complete list of NGC-certified coins that have realized prices over $1 million this year, click here.

NGC is the world’s largest and most trusted third-party grading service for coins, tokens and medals, with more than 51 million collectibles certified. Founded in 1987, NGC provides an accurate, consistent and impartial assessment of authenticity and grade. Every coin that NGC certifies is backed by the comprehensive NGC Guarantee of authenticity and grade, which gives buyers greater confidence. This results in higher prices realized and greater liquidity for NGC-certified coins. To learn more, visit NGCcoin.com. 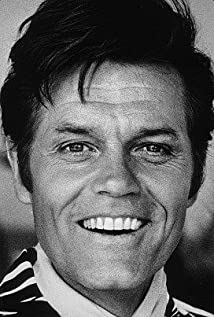 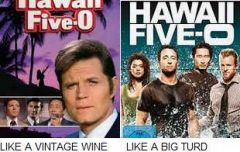 NGC needs to learn trademark law and use the proper ®™symbols when using intellectual property of other companies on their commercial business slab labels!

NGC™® uses the trademark & copyright symbols to protect its own names & intellectual property, but doesn’t on this t.v. series & movie franchise.

Just an example of no fairness (in life) i.e. thousands of 1933 double eagles legally struck but only one legal to own and really why allow even an exception?

I believe only the 1933 Double Eagles are illegal to own. There are also the later dates Trade Dollars. How did only five or so coins get struck? How did that happen? Knew someone in the Mint who would do that? Some wealthy, well connected dealer(s). Myself, I don’t consider the 1913 Liberty Nickels a legitimate collector coin, for obvious reasons. I’d much rather prefer the two types of Buffalo Nickels in PF64+ myself.

Amen Antonio! The “Buffalo nickels” are the most “USA”/”American” of all coin designs by the U.S. Mint for sure. I would love to have a nice rainbow-toned one for my collection.

Yes & I put “Buffalo” in quotes, since Black Diamond on the reverse of the Indian Head 5-cents coin was indeed an American Bison. I saw my first one in Sioux Falls, SD of all places in a zoo in 1988. Amazing big, strong animals. I ate my first Bison meat around 1983, & it’s lean.

Did anybody else here have the tune from ‘Hawaii Five-O’ run through their mind when they read this article’s headline?

All I heard was surf music. And Tiny Bubbles.

Unless they used aSTAND-IN Liberty they fed the 1913 into a newspaper rack!! So, Proof 64, yeah right. Illegal coins they should be [Yoda!]