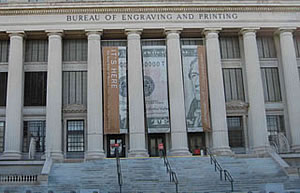 Bureau of Engraving and Printing (BEP) tours and facilities will close between the Christmas and New Year’s holidays, the agency announced Wednesday.

"As an efficiency measure, the Department of the Treasury’s Bureau of Engraving and Printing facilities located in Washington, D.C. and Fort Worth, Texas will shut down operations at the close of business on Tuesday, December 23, 2014 through Friday, January 2, 2015," the agency said.

The BEP is the largest producer of security documents in the United States. It prints billions of Federal Reserve Notes each year for delivery to the Federal Reserve System. It also produces products for collectors to include intaglio prints, vignettes, and presidential portraits.