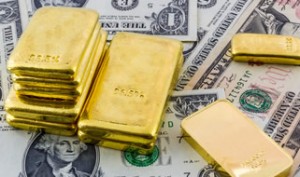 Gold notched a second straight day of gains Thursday, returning to its highest settlement in 18 weeks.

"The EUR/USD rallied to hit its highest level since late December," said Fawad Razaqzada, technical analyst at FOREX.com, in a note relayed on MarketWatch.

"Correspondingly, the U.S. currency fell even though we finally saw some positive data out of the world’s largest economy as the weekly unemployment claims fell to their lowest since the end of November," he said. "The weaker dollar boosted the greenback-denominated gold and silver."

PGMs again extended their winning streaks with platinum rising for a fourth session and palladium up for a sixth. In their breakdowns on Thursday:

Earlier fixed London precious metals split with silver lower and the others higher. In contrasting the London fix prices from Wednesday PM to Thursday PM:

Below is a sales breakdown across U.S. Mint bullion products with columns offering the number of bullion coins sold on Thursday, the week-to-date, last week, in February 2014 and for the year-to-date.