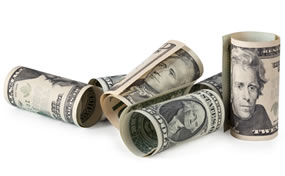 More money came from U.S. government presses in January than the previous month, and the total value of the bills printed was also higher, data from the agency responsible for manufacturing U.S. currency shows.

Last month the BEP produced 6.4 million $1 star notes. These are indicated by the "*" designator in the above money production chart. Star notes are replacements for misprinted notes or certain serial numbers, like 000 000 000. Money collectors find them more desirable since they are more difficult to find.

The following table lists the type, the amount and the total value of notes printed by the BEP in January:

For comparison, four prior monthly money production tables are below:

Thank goodness they haven’t wasted millions of dollars making $1 coins for the past 15 years that will never ever ever never be used…..oh wait…they have. (Sarcastic guffaw) Stop making the paper $1 bill, it has to go. 21st century has arrived, and I imagine a billion presidential and Sacagawea dollars are being held in banks across the nation. Shoot, just hand every American their share to get them into the economy.

You have my vote.

And mine. One-third of those 505M bills were $1s. What a waste of resources.

If you really want to throw up a wee bit, just take a peek at the historical mintages of just the P & D mints only that I was quickly able to find on the net. Never mind the S mint coins, that will never be used. Billions of wasted dollars, all sitting in banks around the nation, never ever to be spent. Stop the madness, dump the paper bill.
http://presidentialdollarguide.com/presidential-dollar-mintages/