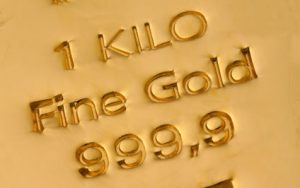 Gold prices ended lower for a second consecutive session Tuesday as the U.S. dollar firmed against other world currencies. Also, competition emerged in the form of rising U.S. stocks with the S&P 500 and Nasdaq logging gains for the first time this year.

"The main drop in gold occurred in the hour after U.S. trade numbers came out and [the U.S. dollar] rallied, so it looks like today’s weakness in gold is mainly related to the strengthening [dollar]," MarketWatch quoted Colin Cieszynski, senior market analyst at CMC Markets.

PGMs split for the first time this year with platinum easing while palladium extended its winning streak to five sessions.

There have not been U.S. Mint bullion sales to report for more than a week, although orders for gold coins have been taken. The bureau on Jan. 2 began selling its 2014 American Eagle gold coins and 2014 American Buffalo gold coins. The Mint is yet to publish their starting sales, which are expected to be strong. Below is a snapshot on how bullion coins performed in December and in 2013.

Gold is a very promising thing in the future. It’s one of many commodities that survive in the midst of uncertain economics nowadays. I think the news is only temporary and it can be expected the price is climbing in the next time. U.S dollar seems decreasing because U.S government focus on tightening their fiscal budget to avoid deep recession.