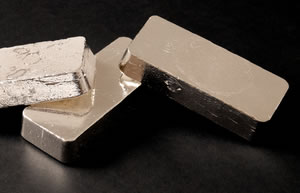 Gold and silver futures closed higher Wednesday, and then turned choppy in electronic trading after the Federal Reserve announced that it was trimming its monthly bond purchases to $75 billion from $85 billion.

In thin volume pre-Fed announcement, gold for February delivery traded up $4.90, or 0.4%, to settle at $1,235 an ounce on the Comex division of the New York Mercantile Exchange. Post announcement, the precious metal turned volatile with prices swinging through loses to gains and back again. Gold in electronic trading on Globex was last at $1,220.30 an ounce.

"The precious metal has traded in a narrow trading range for most of the day until we had the results from the Fed, which has brought huge volatility for the metal," MarketWatch quoted Naeem Aslam, chief market analyst at AvaTrade.

Sales totals for United States Mint bullion coins were unchanged for a third straight day, based on figures from the bureau’s website. Listed below are U.S. Mint bullion sales for the month through Dec. 18 and the year-to-date.