Gold prices remained confined to a tight, smaller than $20 range for a second day as trading in metals wound down further and as business in New York slowly got underway this morning. The action was once again defined by the absence of general sentiment change, by a bit of additional pre-holiday and year-end profit-taking and book-squaring, and by thinning participation by players.

US economic data on tap yesterday showed US GDP revised slightly downward for Q3 mainly on account of less money having been spent by American consumers on health care. The news engendered a tad of risk-taking in the markets and helped gold to claw its way back above the $1,600 pivot point.

Unemployment claims as reported yesterday fell to a seasonally-adjusted 364,000 filings and the four-week average of claims being filed dropped to its lowest level since 2008. Once gain, the metric went against the expectations of economists and showed continuing improvement and progress being made on the all-important jobs front in America. The US dollar benefited from the upbeat economic statistics as the market continues to observe that the US situation is — for all of its own remaining unresolved issues — several shades better than the rest of the world’s (especially that of Europe at the moment).

Notable levels of anxiety remain visible about Europe’s financial sector, the ratings of certain countries (France, principally) and about where the euro might be headed in the short-term. It was thus unsurprising that yesterday the greenback recaptured the pivotal 80 level on the trade-weighted index and that it remained a few notches above it following the US economic news releases. That climb yesterday translated into a descent in gold (down about $10 per ounce, to the $1,605 area) and in silver (off 12 cents and struggling to hold $29 the ounce).

There are however, some signs that certain badly debt-ridden countries are taking steps aimed toward addressing the issue. Newly-installed PM Mario Monti has asked many tradesmen and others in Italy to stop dealing in cash in an effort to curb rampant tax evasion. The nation is though to be losing out of more than 120 billion euros in the form of uncollected taxes as landlords, electricians, small shop owners, and many others are settling transactions in cash as opposed to more "visible" means of payment. The new, lowered limit for cash-based transactions is 1000 euros, effective December 4. Mr. Monti will need a huge amount of luck with the tax evasion/ collection campaign he is embarking on; Italy has one of Europe’s most deeply-rooted cash-oriented cultures in all of Europe…

On Wednesday, gold tried but failed to close above the pivotal 200-day moving average amid the correction that was attempted on Wednesday. ETF balances in gold experienced a second week of sizeable reductions by investors. The latest leakage of bars from the GLD’s vaults amounted to 12 metric tonnes on Wednesday. Thursday’s nightly balancing showed additional decreases in the bar count. Now, the year-end / beginning of the new year rebalancing of commodity indexes might also bring additional selling pressure on the precious metals group.

Keep an eye on the January 7 date for that kind of asset reshuffling to possibly show its effects on prices. For the time being, it would take a serious push above $1,763 per ounce to rekindle the bullish argument in gold, and a similar push well above $35 in silver to shift the sentiment in that space. Following months of theorizing about (non-existent) silver shortages and rooting for $80 or $100 silver, we are now left a silly call aimed at the world’s silver producers. They, as a group, were asked (begged?) to curtail their output of the white metal until such time as prices rise to a level (undisclosed) where some folks would like to see them. Can you spell: "ma ni pu la tion?"

So, if silver was indeed so tight in its availability, then why the putative need to cut production? And what silver miner in their right mind would be willing to sacrifice a $30+ margin to satisfy such a plea? The call for the establishment of an OPEC-like silver-manipulative cartel (SPEC?) being made by the very same parties that had no trouble (erroneously) labeling the silver market as being "rigged" or "manipulated" should be enough of a head-scratcher to keep the bottles of Head & Shoulders and Selsun Blue off the shelves for many moons to come.

The non-head-scratcher in the hatching of such a scheme is most closely linkable to the sheer suffering that silver investors (but not the producers) have been subjected to this year following the metal’s late April pole-vault to the $50 level. This is not to say that gold has not been quite volatile for most of 2011. In fact the gyrations that were witnessed in the yellow metal and the counter-intuitive moves it has made roughly since May have prompted many a revision of analyses (not to mention fund portfolios).

Several schools of thought opine that 2012 will likely bring more of the same. The coming year might also have to bring a larger-than-the-largest hitherto recorded increase ($325) in gold prices in order to touch the $2K Holy Grail price target. For now, the achievement of that figure has quietly been pushed back by about a year or two. Conditions required for that occurrence are not being described as yet either, and only the word ‘hyperinflation’ is being repeated as a possible catalyst for such a jump.

Platinum gained $12 to touch $1,431 while palladium climbed $1 to $653 per ounce. Rhodium remained unchanged at the $1,350 bid level. Crude oil traded a bit lethargically, rising 18 cents to $99.71 per barrel. Overall however, black gold is set to record its best weekly gain in circa sixty days on the back of the aforementioned improving US economic metrics and on rising Iran-related tensions.

That’s about all the news that’s fit to print this wintry morning of December. We thus leave you with this golden triangle and hope you enjoy it and the upcoming holidays. Our best wishes to all of you and your loved ones and our gratitude for being loyal readers throughout a turbulent year. 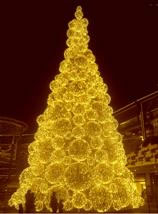 The Kitcommentary will return on Tuesday. Until then, be safe and make it a fun period or rest and family time.