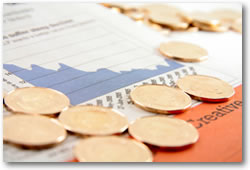 OTTAWA, ON — The Royal Canadian Mint today released findings of third party reviews which fully accounts for the difference between the Corporation’s stock keeping records and the physical amount of precious metals on hand for the 2008 fiscal year.

"Last month, the RCMP concluded their investigation and established that no theft of gold occurred at the Mint. Today, I am pleased to announce that following extensive and thorough reviews, all precious metals for 2008 have been accounted for," said Ian E. Bennett, President and CEO of the Royal Canadian Mint. "I would like to thank employees for their patience as this important review process ran its due course, as well as our valued customers for their unwavering support."

Based on recommendations in the June 2009 report by Deloitte and Touche which determined that the unreconciled difference of 17,500 ounces of gold was not the result of a 2008 accounting or transactional errors, the Mint engaged the following third parties to review specific aspects of its operations:

The Banks Group conducted a comprehensive review of the Mint’s physical security while Microsoft Services reviewed the Corporation’s computer records and security protocol. They concluded that the unreconciled difference was not the result of criminal activities, either by theft, fraud or reasons relating to data manipulation of information technology systems.

Furthermore, The Banks Group confirmed that "there is no evidence of unauthorized removal of precious metals from the Mint". This finding was validated by the RCMP in November, which concluded that its thorough investigation into the matter did "not support further effort in the continuance of a criminal investigation into this matter".

The technical and engineering review of the Mint’s operations, undertaken by IBI Group accounted for the following amount of gold:

These amounts were further bolstered by an aggressive and thorough recovery program of the Mint’s refinery buildings and equipment which recovered 1,500 ounces of gold accumulated within the facility.

Furthermore, the review of accounting procedures and transactions of prior periods by Deloitte and Touche identified 6,650 ounces that contributed to the overall discrepancy found in the October 2008 count.

"The Mint’s Board of Directors accepts the conclusions of these reviews and commends management for leading a detailed and conclusive examination," said James B. Love, Chairman of the Board. "The additional checks and balances now put in place will allow the Mint to continue to lead the minting industry as well as thrive in the months and years ahead."

As a result of the reviews, the Mint has learned some valuable lessons and has implemented the following measures to bolster operations, including:

A report summarizing all four reviews is available online at www.mint.ca. Each review is also available in its entirety as well as background information on the Mint, its refining operations and key questions.

The Mint’s 2008 financial statements, which have been audited by the Auditor General of Canada, confirm that the Corporation recorded an unprecedented profit of $55.3 million compared to $23.8 million in 2007, a 133% increase. Every business line surpassed its annual targets, including the bullion and refinery business line, which exceeded all expectations due to the unprecedented demand for gold and silver products. Furthermore, the Mint recorded $1.4 billion in revenues for 2008 compared to $632 million from the previous year, a 120% increase.

CoinNews.net - August 19, 2022 7
Gold, silver and platinum dropped together for a fifth straight session on Friday. Palladium also ended lower after rising on Thursday. All the metals...