The Royal Mint has presented HRH The Prince of Wales, with a special gold edition of a medallion struck to commemorate the golden anniversary of the 1st The Queen’s Dragoon Guards (The Welsh Cavalry) who have been serving in Afghanistan recently. 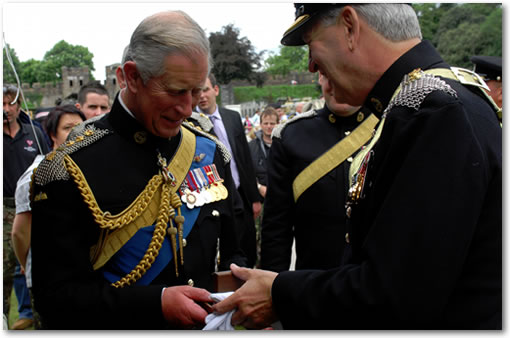 The Prince of Wales is Colonel-in-Chief of the 1st The Queen’s Dragoon Guards, but his personal affinity with the Regiment goes back further as his predecessor as Colonel-in-Chief was his grandmother, the late Queen Elizabeth, The Queen Mother. 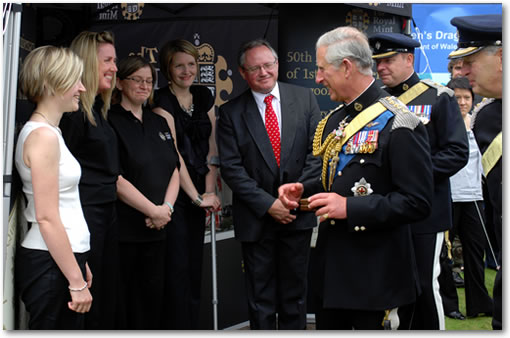 The medal, engraved with the regimental motto "Pro Rege et Patria" ("For Queen and Country") was presented to His Royal Highness at a special event at Cardiff Castle marking the fiftieth anniversary of the Regiment.

The Prince of Wales carried out an inspection of the Regiment, which then marched through the centre of Cardiff. The parade ended with the Regiment saluting The Prince on its return to the castle. 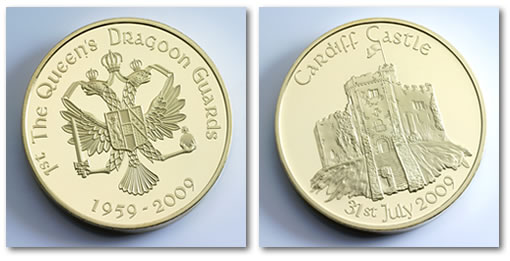 As well as standard editions being awarded to the whole Regiment, the medallion can be purchased at Cardiff Castle, priced at £15.00, or £20.00 in a presentation case.