The auction will take place at the Pennsylvania Convention Center and begins with lot viewing Monday, September 21, and Tuesday, September 22, followed by the two-session auction on Tuesday at 2 p.m. and 6 p.m. EDT.

"Bowers and Merena has had the privilege for many years to present the Official Baltimore Auction with Whitman, so we are very pleased for this opportunity to work with them in Philadelphia as the Official Pre-show Auctioneer," said Steve Deeds, president of Bowers and Merena. "Whitman produces excellent coin shows. And Philadelphia is rich in history and tradition, really two of the cornerstones of numismatics."

The auction will present an important selection of rare Colonial and Early Federal Era coinage. Of special note is lot 10, a remarkable 1652 Massachusetts Bay Colony Willow Tree Shilling, the Clark-Wurtzbach-Wiseman Specimen of this extremely rare type and the finest certified by PCGS at AU-58. 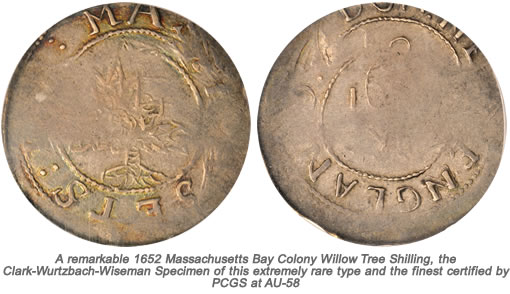 "This particular example is superior to most and represents an important find for the specialist," said Deeds. "For the type, it is hard to imagine a more visually appealing, technically sound, and desirable representative of this rare and historic issue from the earliest era of coinage operations in Colonial America, and Philadelphia is a very fitting venue to present it at auction."

Another Colonial Era highlight is lot 44, a historic 1776 Continental Dollar, a beautiful, high-grade pewter striking of the EG FECIT variety in PCGS MS-64 with the CAC designation. PCGS Population is 10 and only four are finer in  MS-65. 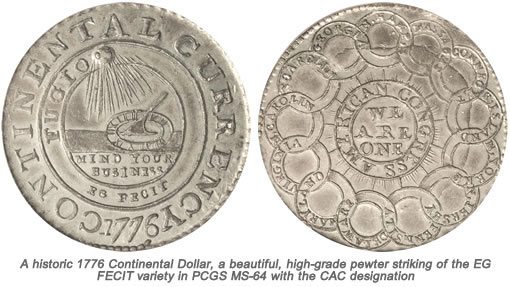 The Continental Currency pieces (or Dollars) are among the most historically significant and important coins ever struck within the borders of what is now the United States of America. W-8460 as represented in this lot is easily attributable by the addition of the inscription EG FECIT on the band below the central-obverse device. 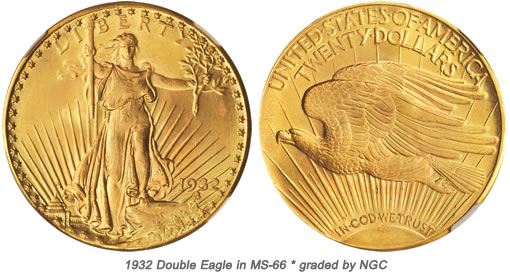 All lots and images in the Bowers and Merena Official Pre-show Auction of the Whitman Coin & Collectibles Philadelphia Expo can be viewed online at www.bowersandmerena.com, and printed catalogs are available upon request by calling 800.458.4646. Bidding is open first week of September and pre-auction bids are welcome at www.bowersandmerena.com; by e-mail at auction@bowersandmerena.com; by phone at 800.458.4646; by fax at 949.253.4091; and by postal mail addressed to Bowers and Merena, Philadelphia 2009, 18061 Fitch, Irvine, CA, 92614.

Interested bidders are also encouraged to view lots in Philadelphia September 21-22, 2009, and bid in-person at the live auction September 22, 2009, or live online through the Bowers and Merena website. A complete auction and lot viewing schedule is available at www.bowersandmerena.com or by calling 800.458.4646.

For more information about Bowers and Merena’s Official Pre-show Auction of the Whitman Coin & Collectibles Philadelphia Expo in September, call 800.458.4646.  For media inquiries, ask for President Steve Deeds. Complete prices realized for all past auctions are available at www.bowersandmerena.com.

have a questioin about a gold coin from philly produced from 1776-1976 with the white house on one sideand figures holding branches.