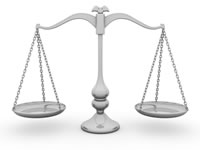 On June 5, 2009, the Professional Numismatists Guild filed an additional Amicus Curiae ("friend of the court") brief on behalf of a Pennsylvania family’s efforts to get the federal government to return ten 1933 Double Eagles.

The PNG brief challenges the government’s claim that the ten gold pieces are not legal tender coins. Specifically addressed within the brief:

The brief’s conclusion provides an essential summary of PNG’s position:

The mere fact that the Government argues the coins were not "issued" as currency at the time that they were struck in 1933 does not entitle the Government to simply seize them without due process on the grounds that they are not "United States coins," and such a precedent would have a dramatic and detrimental effect on coin collectors throughout the country.

PNG urges the Court to decline the Government’s invitation to revise the relevant laws and Government practices to produce this unwarranted and unfair result.

: GUILD, INC. IN OPPOSITION TO

: THE APPLICABILITY OF CAFRA TO

The Professional Numismatists Guild ("PNG") is the leading association of rare coin and currency dealers and auction houses in the United States and was incorporated in 1955 as a non-profit organization under section 501(c)(6) of the Internal Revenue Code. PNG respectfully submits this brief as amicus curiae in opposition to Defendants’ Motion for Partial Summary Judgment Concerning the Applicability of the Civil Asset Forfeiture Reform Act to the 1933 Double Eagles before this Court. This brief supplements PNG’s prior brief of May 2007 opposing the Government’s earlier Motion to Dismiss, or in the Alternative, for Summary Judgment.

PNG will focus on the argument made in pages 7-8 of the Government’s Memorandum of Law that the coins at issue in this case are not "monetary instruments" for purposes of 19 U.S.C. § 1607 and therefore not subject to administrative forfeiture for purposes of CAFRA, because they are not "United States coins." PNG believes strongly that the language of the relevant statutes, when construed in light of (1) other relevant laws and regulations and (2) the Government’s own practice with respect to coins with histories similar to 1933 $20 gold pieces, requires this Court to conclude that the coins in this case are "United States coins" and that their owners are entitled to CAFRA’s protections against summary seizure.

The Government argues (D Memo. p. 8), in reliance on the 1947 decision in United States v. Barnard, 72 F.Supp. 531, 532 (W.D. Tenn. 1947), that 1933 Double Eagles "[were] not, at any time, money or currency," because the U.S. Mint in Philadelphia never received an order from the Treasury Department authorizing their issuance as such. In doing so, the Government reprises the theme of its earlier Motion to Dismiss in this case (which the Court denied), namely that any coins that purportedly were not "issued" as money are Government property as a matter of law and can be restored to Government control without administrative or judicial process. But Congress and the Treasury Department have made clear that coins "made" by the United States are recognized as capable of private ownership, and therefore subject to due process limitations on Government seizure authority, regardless of whether those coins were "issued" as currency immediately following their minting.

As PNG noted in its earlier amicus brief, President Franklin Roosevelt’s April 5, 1933 Executive Order forbidding the private ownership of gold contained a specific exception for collectors. Specifically, it and subsequent regulations issued by the Treasury Department excepted "[g]old coin having a recognized special value to collectors of rare and unusual coin . . . ." While at the time of the Barnard decision there was no basis for a court to conclude that a 1933-dated coin could be considered of "special value" to collectors, seven years later the Treasury Department amended the gold regulations to declare explicitly that "all gold coins made prior to April 5, 1933" would be deemed to fall within the "special value" exception and could be legally owned. See Gold Regulations, 19 Fed. Reg. 4309, 4310 (July 14, 1954) (formerly codified at 31 C.F.R. pt. 42). Critical to the issue presented to this Court is that the Treasury defined coins which were legal to own by collectors in terms of the date they were physically made and did not exclude any gold coins that had not been issued as money. Because the Government admits that the Mint began striking 1933 Double Eagles no later than March 15, 1933 (D. Memo p. 7), private ownership of all such coins struck prior to April 5 has been legal since 1954, despite the fact that those coins may not have been "issued" as the Government has construed that term.

The April 5, 1933 date in the 1954 regulations clearly was tied to the fact that President Roosevelt’s executive order took effect on that date and is arbitrary with respect to coins that were manufactured both before and after that date. However, Congress settled all possible disputes on that score with the Coinage Act of 1965, Pub. L. 89-81 §102, 79 Stat. 254, 255 (1965), now codified as 31 U.S.C. § 5103, which states that "All coins and currencies of the United States . . . . regardless of when coined or issued," are legal tender. Although 1983 amendments to this section removed the "regardless of when coined or issued" language as "redundant," as of 1965 Congress had declared that the distinction the Government is trying to make here between coins which were "issued" and coins which were not is irrelevant if the coins were made by or under the authority of the U.S. Government.

Central to the Government’s position in this case is the assumption that there are only two categories of coins: (1) those that are "issued" as currency (which collectors may own free from possible Government seizure); and (2) those which are not issued (and therefore remain the property of the Government and subject to seizure). But, as described in some detail in PNG’s earlier amicus brief, literally thousands of coins minted by or for the U.S. Mint that were never "issued" as legal tender have been widely collected, purchased and sold by coin collectors and dealers without any interest, much less any intervention, from the Government. Aside from the statutory and regulatory provisions cited in Part I, supra, the Government’s clear and consistent practice has been to allow collectors to own these coins, and in some cases the Government has actually sold the coins itself. There certainly has never been any indication that the Government believes that it retains a property right in any of these coins or that it may "recover" them from their current owners without due process. Nor is there any basis to distinguish the 1933 Double Eagle from these other coins as the Government apparently would like to do.

Many of the most important and well-known numismatic rarities are coins that left the Mint under unusual circumstances and were never intended to circulate as U.S. legal tender. These include the 1913 Liberty nickel, five of which struck without any authority from the U.S. Treasury, and an example of which sold in 2007 for $5,000,000; the class I 1804 silver dollar, also never intended for circulation as money, the finest known specimen of which sold for $4.14 million in August 1999; 1894-S dimes, at least 11 of which were made without any authorization, specimens of which have sold for in excess of $1 million. Finally, there is the only other publicly-known specimen of the 1933 Double Eagle in private hands, which was the subject of lengthy and contentious forfeiture proceedings in New York, see United States v. A $20 Gold Coin etc., 96 Civ. 02527 (S.D.N.Y., Hellerstein, J.), but which ended up being sold at public auction for $7.59 million with the Government and the claimant, Stephen Fenton, sharing the proceeds equally.

Apart from their interesting stories, each of these coins is of direct relevance to this case. None of them was officially issued for circulation as U.S. legal tender when made, and none was ever intended to circulate, but all of them are "United States coins." Under the Government’s theory, all of these coins would be considered Government property and subject to summary seizure. Nevertheless, despite the highly-publicized sales of every one of the above types of coins and the huge sums being paid for individual specimens, the Government has made no attempt whatsoever to make claim to any of them, except for Fenton’s 1933 Double Eagle. But even in that latter case, the Government eventually relented and agreed to a settlement whereby the coin was sold for a staggering sum, the Government keeping half. This Court must consider all this both in evaluating the credibility of the Government’s position, as well as in understanding the consequences of a decision in favor of the Government in this case on these other great numismatic specimens.

PNG is addressing itself to a small portion of this case, taking no position on the remainder. But the mere fact that the Government argues the coins were not "issued" as currency at the time that they were struck in 1933 does not entitle the Government to simply seize them without due process on the grounds that they are not "United States coins," and such a precedent would have a dramatic and detrimental effect on coin collectors throughout the country. PNG urges the Court to decline the Government’s invitation to revise the relevant laws and Government practices to produce this unwarranted and unfair result.