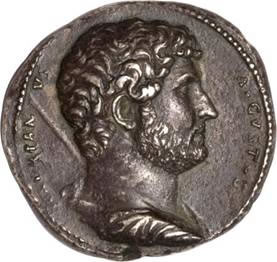 At the conclusion of sales of Post Auction Buys and non-floor session material (ending Jan. 13), total prices Realized are expected to well exceed $7 million. This was the lead event in a week of Heritage auctions that will see more than 18,000 lots of rare coins and currency valued above $50 million sold in New York City and Orlando, Florida. Prices realized information on all auctions can be found at www.HA.com.

"This auction, Heritage’s seventh Official NYINC event at the Waldorf-Astoria, featured nearly 3000 lots of ancient and world coins from 225+ consignors," said Warren Tucker, Heritage’s Director of World Coin Auctions. "This could well be our most valuable auction ever of ancient and world coins. Our prior record of $7,157,933 was set only last year at our June Long Beach Signature Auction, so this will be very close. It speaks well of the strength of the world coin market and our global marketing outreach wherever the final numbers fall."

"Rarities were included from around the world," continued Tucker, "but the auction was strengthened by several impressive specialty collections. Among the outstanding consignments were the Grundy Collection (one of the top collections of silver world crowns ever assembled, with 600 crowns renowned for both diversity and quality collected over 35 years), selections from the Deb-Ann Collection (from a serious collector for more than a quarter century), and the Don Kagin Collection of Multiple Thalers (formed over half a century with guidance from his father, Art Kagin, and focusing on specimens of historic importance, rarity, and quality).

We were especially gratified to see continued growth in our HERITAGE Live! online bidding system, which was kept constantly busy winning lots for clients around the globe."

The top lot in the auction at $109,250 was a unique ancient silver coin/medallion of Hadrian Augustus (minted A.D. 135-137). Considered a masterpiece of ancient portraiture (by the ‘Alphaeus Master’, most likely a member of Hadrian’s inner circle, and perhaps the sculptor Antonianus (Antoninianus) of Aphrodisias) at 33.5 mm in width, the obverse has been judged one of the finest among the entire Roman coinage. The reverse features a delightful mythological scene that speaks of Hadrian’s patronage of the Greeks, with Poseidon standing, his left foot on a rock, holding a trident upright; at right, Athena stands with her left hand on her hip, and her right hand on an olive branch with a snake coiling from the base of the tree.

Second place honors at the auction were won by another Roman coin, a gold Aureus of Aelius Caesar, minted in 137 A.D., formerly from the John Whitney Walter Collection. In "Fleur de Coin" condition, Lot 20077 Realized $103,500 against a pre-auction estimate of $40,000 – $50,000. Minted in Rome, the obverse feature a bare-headed and draped bust of Aelius facing right, while the reverse features Pietas holding a box of perfumes and sacrificing over an altar.

Additional rarities featured at NYINC include:

From the Deb-Ann Collection, Lot 22211: Russia, Peter I (the Great) 1702 Medallic gold Novodel in the weight of 7 Ducats, Laureate and armored bust of Peter I right with the inscription in Russian reading, Tsar Peter Alexeexich Ruler of All Russia/Russian Double-headed eagle, F-81, Diakov 11.3 (R5), Reichel 917, 20.8 gm., lightly cleaned UNC. Realized $57,500.

From the Deb-Ann Collection, Lot 21900: Mexico: Philip V 1733-Mo F Portrait gold 8 Escudos, KM148 (listed as rare), Cayon-10030, Calico-422, MS64 NGC. A majestic coin with a medallic strike, almost perfectly centered on each side with deep denticled rims, broad on the obverse and serving to offset the magnificent portrait as if in a cameo. In 1732, the design of gold coins was changed at the Mexico City mint from the medieval style featuring a huge cross and the royal crest to the portrait type, and the initial dates of 1732 and 1733 are very rare. Realized $54,625.

Lot 21452: Great Britain: George V bronze Pattern Penny by Lavrillier 1933, P2284, Fr786, exceedingly rare, only 4 pieces believed to exist, struck by the Royal Mint (at Tower Hill). The initials of Bertram Mackennal (the official mint engraver at this time) appear on the king’s truncation, just to the right of the initials A.L. (for the French artist to whom this pattern is attributed, Andre Lavrillier). Realized $29,900.