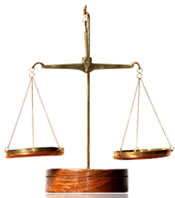 A federal judge moved a legal battle forward by ruling Thursday on several counts between Spain and Odyssey Marine Exploration, a deep-sea treasure-hunting firm based in Tampa, Florida. The legal counts revolved around sites and a shipwreck that yielded a potential $500 million in Colonial-era gold and silver coins.

Odyssey discovered a 17-ton bounty of treasure in the Atlantic Ocean last May and since, has found itself in a contested legal battle with Spain over its ownership.

Odyssey says the 17th-century shipwreck, they code-named the “Black Swan”, was found in international waters and the treasure was legally retrieved. Spain contends the treasure is a part of their country’s cultural heritage and should be returned.

“This makes it clear that the first phase of these cases is complete and we can get beyond Spain’s invalid arguments that Odyssey has not pled its case adequately. This means we can move forward to determine what basis, if any, Spain has for the claims it has made to these wreck sites."

However, Judge Merryday also ruled not to grant:

In regard to these areas, the Odyssey statement said:

The Court’s denial of certain Counts of the complaints relates only to jurisdiction. The Judge did not determine that Odyssey has no right to damages against Spain as a result of Spain’s illegal actions against Odyssey and its vessels, only that he does not have the authority to award such damages.

One thing is now clearer … the legal battle continues, but is at least moving forward.