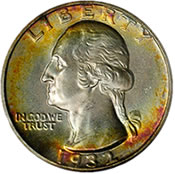 The complete collection will be auctioned in individual lots in Bowers and Merena’s Chicago Rarities Sale. 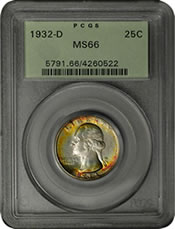 “The entire ‘Marquette-Yakima Collection’ is exceptional, but this 1932-D Washington Quarter is truly the best there is, the finest known and an absolutely superb example,” said Steve Deeds, president of Bowers and Merena.

“It last sold in 2001, before Registry Sets popularized the collection of the finest examples. I can’t remember the last time I have seen a coin of such magnitude and Bowers and Merena is proud to showcase it as the centerpiece of our Chicago Rarities Sale in April.” 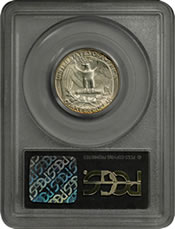 The Chicago Rarities Sale will offer an exclusive catalog of approximately 600 of the most extraordinary rarities available for auction, alongside the 1932-D Washington Quarter. Additional highlights and the entire catalog will be announced in the coming weeks and posted at www.bowersandmerena.com as information becomes available.

For more information about Bowers and Merena and the Chicago Rarities Sale in April, call 800.458.4646.  For media inquiries, ask for President Steve Deeds.  Complete prices realized for all past auctions are available at www.bowersandmerena.com.